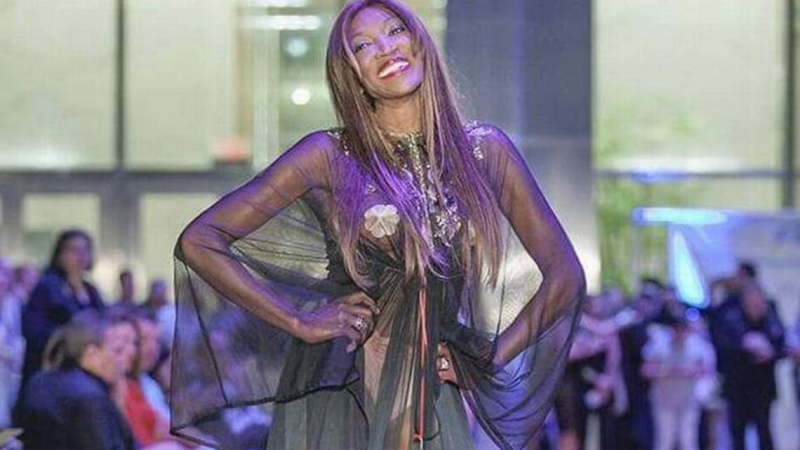 At a recent Ron DeSantis campaign event at Miami’s Versailles restaurant, a congressional candidate was on hand waving a “Make America Great Again” hat, shouting at conservative Republicans who had come to get a glimpse of the GOP gubernatorial nominee to vote for her.

But the MAGA-clad candidate for congressional District 27 wasn’t the Republican nominee, Maria Elvira Salazar. It was no-party candidate Mayra Joli.

Joli, Miami’s self-described master of selfies, has been campaigning for nearly a year for retiring Rep. Ileana Ros-Lehtinen’s seat. She bypassed the GOP primary for a shot in the general election against Salazar and Democrat Donna Shalala, and doesn’t have much money in her campaign account. Independent campaigns for congressional seats are usually long-shot propositions.

But Joli’s outspoken pro-Trump message on Spanish-language radio and at other candidates’ campaign events could undercut the effort by Republicans to keep Ros-Lehtinen’s seat. The race is already a difficult one for the GOP — Hillary Clinton defeated Donald Trump in the district by more than 19 percentage points in 2016. Republicans are relying on a coalition of conservatives and moderate voters who supported Ros-Lehtinen to stay in their camp come November, and they’re hopeful that Salazar is the right candidate to make the race competitive.

“Basically, the Republicans, the Diaz-Balarts and the Ros-Lehtinens, they are more anti-Trump than even some Democrats and many in the Cuban-American community think they have sold their souls to Washington,” Joli said. “I’m running as an NPA [No Party Affliation] because I understand the only way to help the president is to be with him for America First.”

Nelson Diaz, the head of the Miami-Dade Republican Party, blasted Joli’s candidacy as disingenuous, noting that she donated $500 to Clinton’s 2016 presidential bid and that Republicans who vote for her are essentially giving their vote to Shalala.

“If somebody was looking to derail the GOP nominee in this election you would do exactly what she’s doing; Say you’re a Trump supporter, wiggle your away to the front of the room,” Diaz said. “If she cares so much about this president, why would she do something that’s going to damage or hurt the president?”

Diaz said he thinks Joli’s campaign is a “scam,” though he acknowledged he has no evidence that she’s in the race as a ringer candidate to deliberately sabotage the chances of the GOP nominee.

“I think Maria Elvira will win by a good margin because the Dems have nominated someone who is such a bad candidate for this seat, but she [Joli] could make a difference,” Diaz said. “Of course, we are going to combat it. I’ve been on the radio this week telling people that this woman’s a fraud.”