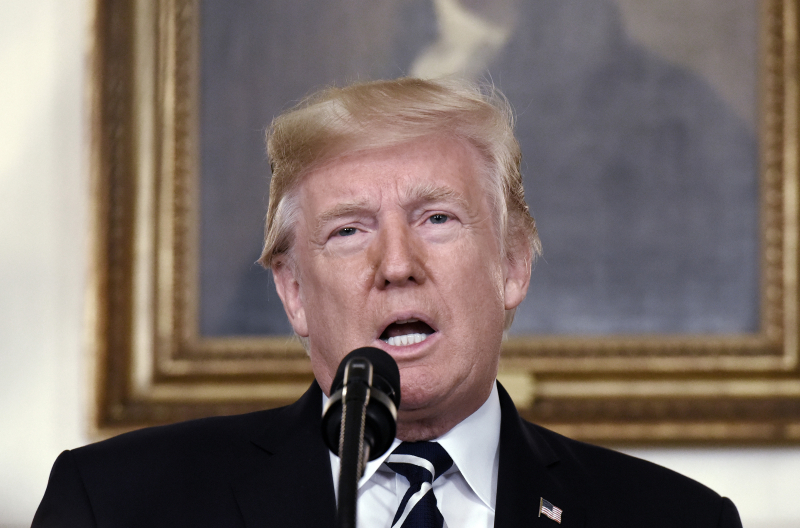 When Donald Trump visited Little Haiti during the 2016 presidential campaign, he told the Haitian-American community: “I really want to be your biggest champion.”

Minutes later, he was calling Haiti a shithole.

In Bob Woodward’s new book released on Tuesday, “Fear: Trump in the White House,” the veteran reporter wrote that Trump used the vulgarity to describe Haiti after a campaign stop in Little Haiti.

“The idea of ‘shithole countries’ was not a new one for Trump,” Woodward wrote. “During the 2016 campaign, Trump had visited Little Haiti in Miami. Former Haitian leaders had come to the microphones and accused the Clintons of corruption and stealing from Haiti.”

“After the event, in private, Trump seemed down. ‘I really felt for these people. They come from such a shithole.’”

The comments in 2016 came after a Trump campaign event where the then-candidate told Haitian-Americans they shared “a lot of common values” and railed against the Clinton Foundation’s spending in Haiti after the 2010 earthquake.

“Whether you vote for me or not I really want to be your biggest champion,” Trump said in prepared remarks. “Clinton was responsible for doing things a lot of the Haitian people are not happy with. Taxpayer dollars intended for Haiti and the earthquake victims went to a lot of the Clinton cronies.”

Michael Barnett, the vice chairman of the Florida Republican party who helped organized the Little Haiti event, said he will continue to believe the president when he says he didn’t say it.

"I am still willing to give the President the benefit of the doubt," he said. "I would like to know where these allegations have come from; who are the sources? Until I see any concrete proof, I am willing to believe the president when he says he didn't say it."
Barnett was tasked with getting the Little Haiti community to show up to the Trump campaign event. He said he doesn’t recall the president having any private meeting after and that “he got into his vehicle and left the cultural center. I don’t know where he went after that.”

Trump’s use of the vulgarity set off a barrage of criticism earlier this year when the president referred to Haiti and some African nations as “shithole countries” during a much-publicized January meeting on immigration.

But it wasn’t the first time Trump used the term, according to Woodward.