« The explanation behind that $15,000 deposit into Andrew Gillum's bank account | Main | How a snubbed handshake influenced Kavanaugh’s confirmation hearing » 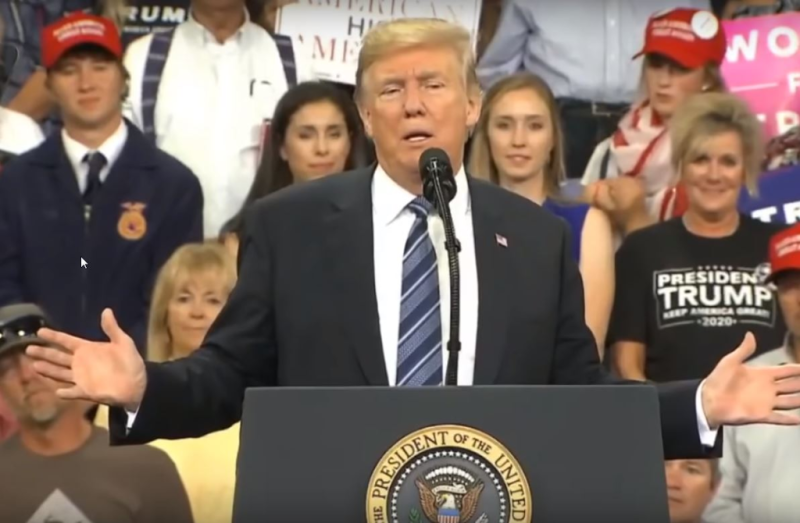 One supportive tweet from President Trump at the start of Ron DeSantis' campaign for governor was seen as pure gold for the Republican "underdog," now the party's nominee. Now, it seems Trump won't pass on any opportunity to mention DeSantis, whether it be on Twitter or at rallies in Florida or West Virginia.

Thursday night in Billings, Montana, Trump again spouted support for the Palm Coast Congressman to Montanans, and disparaged his Democratic opponent, Andrew Gillum — without mentioning him by name.

"In Florida the Democrat nominee for governor wants to abolish ICE and release hundreds of criminals onto our streets," Trump told the crowd. "He wants to also take care of their Medicare and every other thing you can take care of. You name it, he wants to take care of it and Florida will be a disaster.

The remarks prompted a response from Gillum on Twitter.

Heard @realDonaldTrump went after me again tonight — in Montana — but still didn't have the courage to @ me by name.

Mr. President, my name is Andrew Gillum and I'm going to be the next Governor of Florida because lies and scare tactics don't vote, people do.

At another point in the speech, Trump pivoted to attack Democrats more broadly. However, his points strongly mirrored what DeSantis has said about Gillum and mentioned some of Gillum's specific proposals, such as "Medicare for All."

"Now Democrats want to steal trillions of dollars form Medicare. … They want to turn America into Venezuela. I don’t think so," Trump said, echoing to the tee one of DeSantis' lines about Gillum. "Democrats would destroy Medicare with 'Medicare for All' … Medicare for All until they run out of money which would be like on the third day and then it’ll be Medicare for none."

Although Trump praising DeSantis has become more and more common, it is still extraordinary that the sitting president is following the same talking points about that candidates' rival, making him a powerful voice that reinforces the campaign's messaging.

Meanwhile, Gillum is also using Trump's comments to his advantage, and mentioned the president's remarks in a fundraising email that went out to supporters Friday morning.