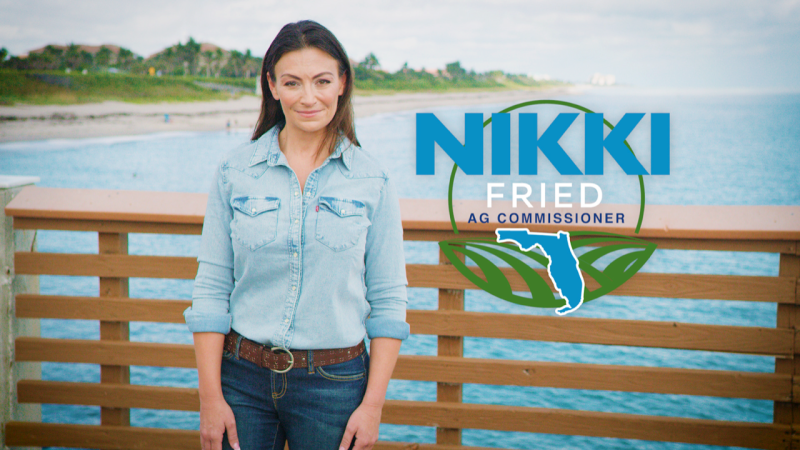 Since the start of her campaign for agriculture commissioner, Nikki Fried has pushed the premise that she offers a fresh perspective the state needs — someone who is not a Tallahassee insider.

The Broward County attorney and Democratic candidate for commissioner of agriculture and consumer services has put out a new TV ad stressing that point exactly.

The ad, paid for by the campaign, is narrated by Fried. She walks along a boardwalk, asking "What if instead of tolerating green algae and red tide — our leaders prioritized keeping Florida’s water blue?”

In the video, she sits down with group of children, emphasizing that she wants to keep them safe via background checks for concealed weapons permits.

She is shown walking alongside a patient, saying politicians need to "get out of the way" so that access to medical marijuana can be expanded.

The ad ends with Fried saying it's "time for a change" and that Florida should "try something new."

Her "fresh face" talking point has made appearances before in interviews and, more recently, in the first televised debate against opponent Rep. Matt Caldwell on CBS Miami last week.

She ended her time on the air by saying she "comes in with a new perspective, new ideas, a new approach.”