« More than 1 million have voted; early voting surges in South Florida | Main | ‘None of us had a grasp of how difficult this would be:’ Parkland PAC scales back » 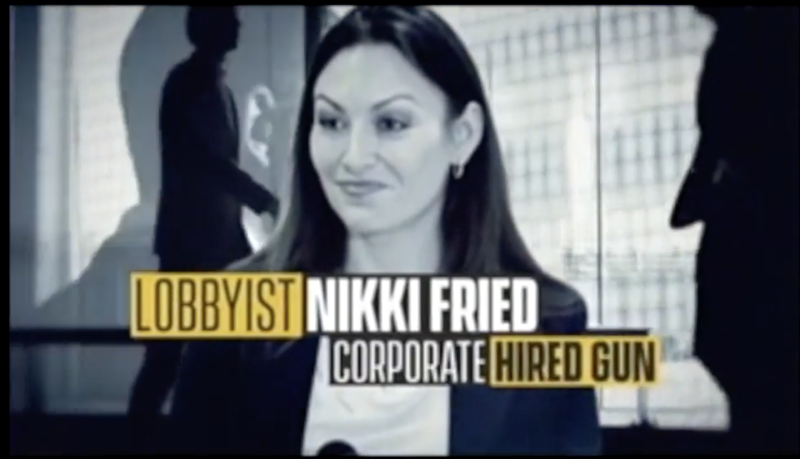 The ad, paid for by the Florida Republican Senatorial Campaign Committee, calls her a "corporate hired gun," and highlight her role as a lobbyist for special interests.

"Fried opposes your second amendment right to self-defense," Hammer wrote. "If Fried gets elected, she will do everything she can to eliminate our gun rights. That is the plain truth."

The letter ends with an endorsement of Caldwell, who was endorsed by the NRA earlier this year and received an A+ rating.

“I’m a gun owner, I support the second amendment and the right to self-defense," said Fried, who also has a concealed weapons permit. "I’m not running to take away anyone’s rights. These pathetic lies show just how desperate and worried the gun lobby has become."

Earlier this month, Fried sent a signed letter Hammer after a Tampa Bay Times report unveiled hundreds of emails exchanged between Hammer and officials within the agriculture commissioner's office, where Hammer gave staff direct orders. Fried emphasized that she would not be beholden to the NRA, and released an accompanying video to punctuate her point.

In the email from Hammer, she writes that Fried never sent her a letter. Fried's campaign said they sent it to the email address listed for Hammer on the 2018 NRA/Unified Sportsmen of Florida questionnaire.

“The truth is, the NRA is terrified. They’re worried because their grip on our state government is threatened," Fried said Tuesday.