« Rick Scott keeps calling Bill Nelson ‘confused.’ Is this a dog whistle that could bite back? | Main | Dem poll shows a swing in Curbelo's race »

Did the commissioner accused of sphincter bleaching just compare the mayor to Hitler? 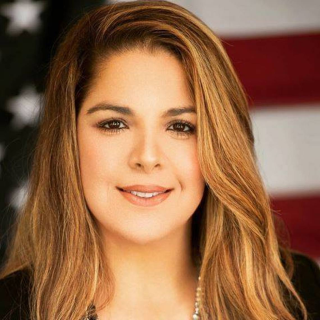 Both the mayor and Lima-Taub are Jewish, so did the commissioner really compare the mayor to Hitler? The vice mayor says yes. She and the mayor are offended. Lima-Taub says absolutely not.

Whatever the interpretation, the commissioner did throw out the names Hitler and Fidel Castro in her comments focused on London. Here’s what happened.

The first item on the Wednesday night agenda was a proclamation, sponsored by London, to make October 2018 Domestic Violence Awareness month in Hallandale Beach. During her opening comments, Lima-Taub called London “the biggest, most corrupt criminal to ever grace the city” and said the mayor’s domestic violence proclamation a was a “joke” before making the following statement:

Moments later, Vice Mayor Michele Lazarow and Commissioner Mike Butler got up from the dais. That meant the commission no longer had a quorum and the meeting had to halt until they returned. Lazarow later called the commissioner’s comments “disgusting” and demanded a public apology.

“I know you don’t like the mayor, and I know that he has made inappropriate comments and remarks for which he has apologized. As a Jew, to listen to you sit here and compare anyone to Hitler makes me sick to my stomach,” Lazarow said toward the end of the meeting.“There was one Hitler. Only one. Hitler murdered millions of innocent people. Murdered millions of innocent people. No one is like Hitler. There is one Hitler. The worst in our society are not like Hitler.”