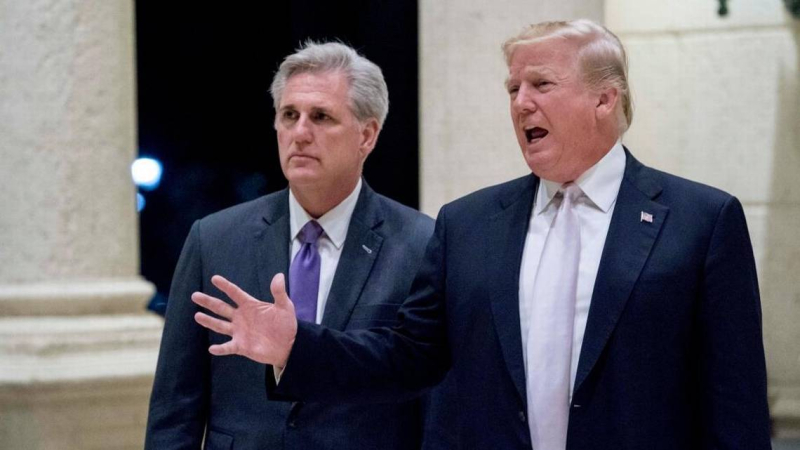 House Majority Leader Kevin McCarthy likes Donald Trump so much he once sorted through a bag of Starburst candy to pick out the cherry and strawberry flavored square-shaped fruit chews—Trump’s favorite flavors—to present the president with a personalized gift.

McCarthy, a California congressman who wants to lead Republicans in the House of Representatives after the November election, has voiced explicit support for funding Trump’s proposed Mexico border wall and sponsored a bill called the “Build the Wall, Enforce the Law Act of 2018.”

Salazar, a former TV journalist, has won over national Republicans after making the race to replace retiring Rep. Ileana Ros-Lehtinen against Democrat Donna Shalala competitive. The prospect of a Salazar victory has led to outside groups investing in the race after previously considering it unwinnable and has drawn the attention of Republicans like McCarthy who can raise money.

It also brings a Republican to South Florida who has pledged to support Trump’s request for Congress to fund a border wall, something the GOP has not done during Trump’s first term despite a unified majority in the House and Senate. As Speaker, McCarthy would have the power to force votes on spending bills that could include Trump’s border wall.

Salazar’s campaign did not respond when asked if McCarthy’s visit means that she will vote for him to lead House Republicans if elected.