« Diaz-Balart grapples with Trump effect as he runs for reelection in South Florida | Main | Thwarted for a federal judgeship by Marco Rubio, Barzee Flores seeks seat in Congress » 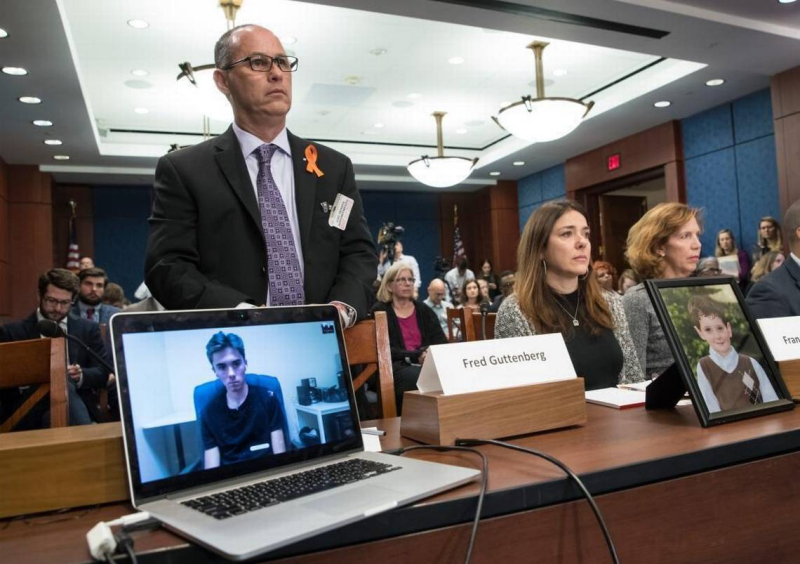 Gun rights have motivated portions of the Republican base in Florida for years, but the script has changed in 2018.

The National Rifle Association sued the state of Florida after Gov. Rick Scott and 67 state lawmakers with an “A” rating from the nation’s largest gun group signed a bill that bans anyone under the age of 21 from purchasing a firearm. Congress passed a bill that authorizes funding for school safety measures after the nation’s deadliest high school shooting in Parkland, but hasn’t taken up other ideas that would limit access to firearms. Republicans running in competitive congressional races across Florida say they are open to a ban on assault weapons.

Parkland and the March For Our Lives movement started by a group of Broward County high school students have thrust gun politics into the top tier of issues ahead of the 2018 elections, where Democrats are hoping to keep Bill Nelson’s U.S. Senate seat and flip up to a half dozen congressional seats that could determine which party wins the majority in the House of Representatives.

“Even if you go back 10 years, it’s amazing how much this issue has changed,” said Democratic strategist Steve Schale, who ran Barack Obama’s 2008 Florida campaign. “If you looked at the polling, people supported background checks and banning certain types of weapons, but the entire energy for voting was on the other side. A larger swath of the population is saying that if you’re not reasonable about gun safety, we’re not going to vote for you.”

Though Parkland is in overwhelmingly Democratic Broward County, congressional candidates in nearby Palm Beach and Miami-Dade Counties have changed their tune on guns in the last year. Miami Republican Rep. Carlos Curbelo, running for reelection in a Democratic-leaning district, called on Congress to ban devices that allow semi-automatic rifles to function like automatic rifles after the Las Vegas shooting in October 2017. Treasure Coast Republican Rep. Brian Mast cited his military experience when calling for an assault weapons ban after Parkland. Miami congressional candidate Maria Elvira Salazar, a Republican, said this week that she supports background checks on guns and is open to an assault-weapons ban.

All three breezed through their respective Republican primaries even though Mast drew two challengers after announcing his stance against assault weapons, and Salazar faced a host of challengers who were more conservative on guns.

“The threat that the NRA has made for years is that if you oppose us, you will lose,” Schale said, adding that zero Republican incumbents who signed the state-level gun bill or called for more gun restrictions after Parkland lost their primaries. “If you look at folks like Brian Mast who came out for an assault weapons ban... it’s hard to imagine in the past that a GOP member of Congress could come out with that position without being completely terrified of the NRA.”