Hurricane Michael a reminder that Andrew Gillum, as city's mayor, is more messenger than manager 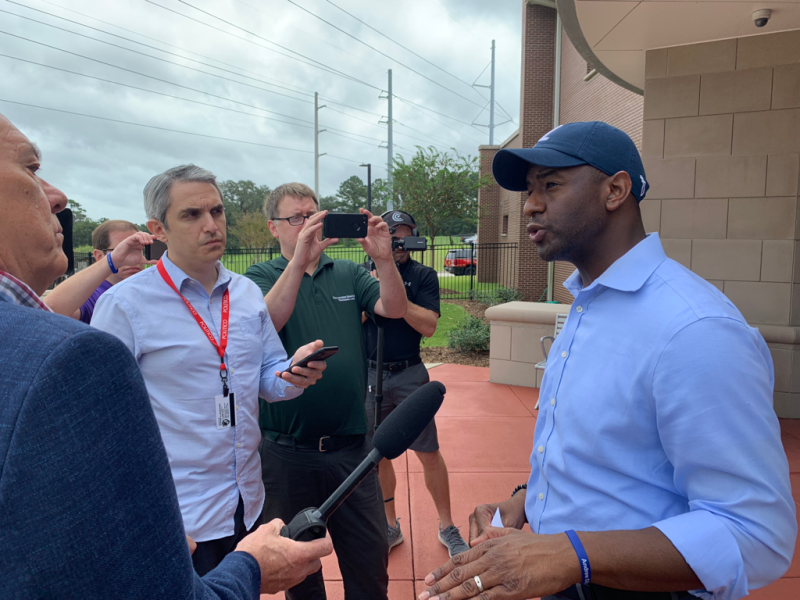 As Hurricane Michael bears down on Tallahassee, how the city recovers from the storm could be used against its mayor, Andrew Gillum, during the final month of Gillum's campaign for governor.

But the storm is a reminder that the city's mayor is mostly a figurehead, with no real management powers, like his colleagues on the city council.

Over the last 48 hours, Gillum been giving briefings to the press, bagging sand and appearing on The Weather Channel to reassure residents and encourage them to stay safe.

He has not spent the time managing the city and directing staff.

When asked Tuesday what his responsibilities were this week, he said he's been giving updates to Gov. Rick Scott and meeting regularly with the city manager and giving advice.

"He and I are hand in glove in this, as we have been in previous storms," Gillum said of his relationship with the city manager.

But he's also "being the best messenger that we can, as an elected official that has the trust of people in our community to communicate directly to citizens what we need them to do," Gillum said.

Gillum's Republican opponent, former Congressman Ron DeSantis, has spent the last week blasting Gillum for how the city recovered from 2016's Hurricane Hermine. The city turned down help from Florida Power & Light following the storm, a criticism that Gillum said Tuesday was "unwarranted."

The decision was made by the city's utilities manager, and the problem that caused it in 2016 has now been cleared up, Gillum assured. He said at least 125 additional linemen, including some from Tampa Electric, were already in the city to deal with the expected downed power lines. The city has also asked for several hundred other linemen to help after the storm.

"When it comes to the management of our electric utility, obviously that comes up to the city manager level," Gillum said. "Rob McGarrah is our manager, who is making those day-to-day, moment-to-moment decisions. We of course give them our advice and input, but the manager dictates down to staff."