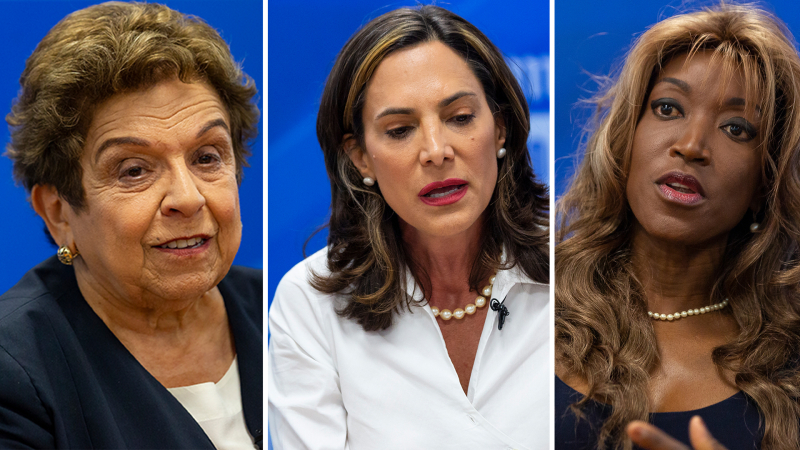 Former University of Miami president Donna Shalala is a long way from silencing the haters, but her campaign has a new poll that should ease doubts that she can win a congressional seat the Democratic party can ill afford to let slip away.

Amid increasing evidence that Shalala has her hands full with Republican opponent Maria Elvira Salazar, the former Health and Human Services secretary’s campaign has released an internal poll showing Shalala ahead in the race to replace the retiring Ileana Ros-Lehtinen as the representatives of Florida’s 27th congressional district.

Shalala, 77, leads Salazar, 56, by five points, according to a polling memo from Anzalone Liszt Grove Research. The firm found Shalala ahead of the former Spanish-language broadcast journalist by a 44 to 39 margin, with about 10 percent of voters undecided.

Shalala’s lead is within the poll’s 4.4-point margin of error, and internal polls should always be received with some skepticism. But following a calendar month in which a non-partisan elections handicapper moved the race to a toss-up and an independent Mason-Dixon Telemundo 51 poll found Shalala down two, Democrats will take all the good news they can get.

The poll, a bi-lingual query by live callers of 500 voters from Oct. 11 through Oct. 14, should give Democratic voters reason for optimism. For one, compared to the Mason-Dixon Polling & Strategy poll, Shalala fared better with Cuban voters, who comprise a plurality of the district. Shalala’s poll also found Pro-Trump, no-party-affiliation candidate Mayra Joli earning 6 percent of the vote (compared to 1 percent in the Mason-Dixon Poll), a number that could end up being the difference between the Republicans holding the seat and the Democrats snaring it for the first time in decades.