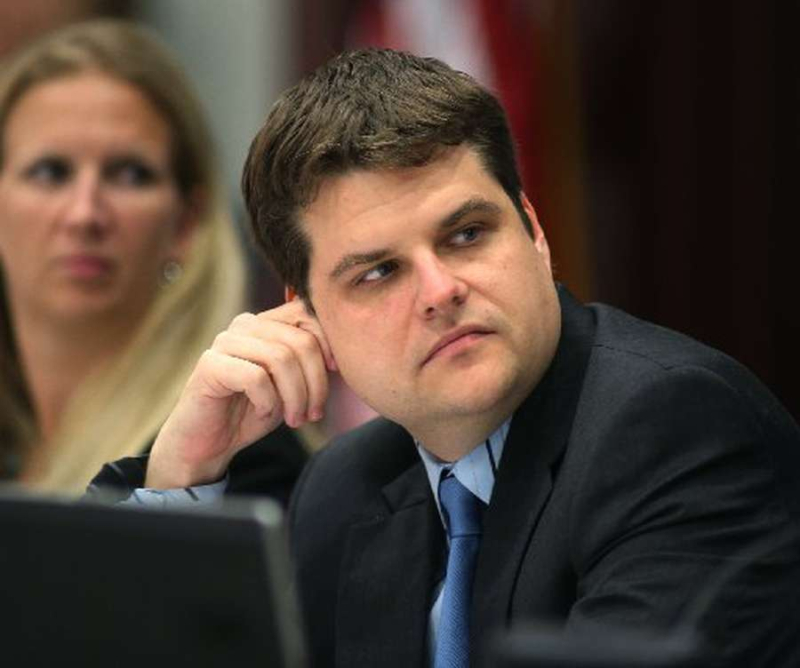 In 2018, no campaign is truly complete unless it has a halfway decent list of condescending nicknames to roll out for the opponent.

Florida Democrats and Republicans have embraced this truth. And so, in the race for governor, both parties have been eager to find their most biting put-downs, with Democrats branding Ron DeSantis as “Ron DeSastre” and Republicans calling Andrew Gillum “Andrew Guilty.”

But did DeSantis ally and U.S. Rep. Matt Gaetz go too far Saturday?

The Panhandle congressman drew rebuke from Democrats after breaking out a new moniker – “Andrew Kill 'em” – at a southwest Florida GOP rally. Gaetz says the jab was a reference to the state’s highest crime rate in Leon County, and Gillum's position as mayor of Tallahassee.

Democrats, however, sought to turn the comments against DeSantis. House Democratic leader Janet Cruz called the remarks an “abomination,” and attorney general nominee Sean Shaw said Gaetz “should be ashamed of himself. Gillum’s running mate, Chris King, called on DeSantis “to immediately condemn these statements riddled with bigotry and inaccuracies.”

“I’ve known Andrew for 16 years,” he responded. “I was clearly referring to Tallahassee as the murder capitol [sic] of Florida. Which it is.” (It isn't.)