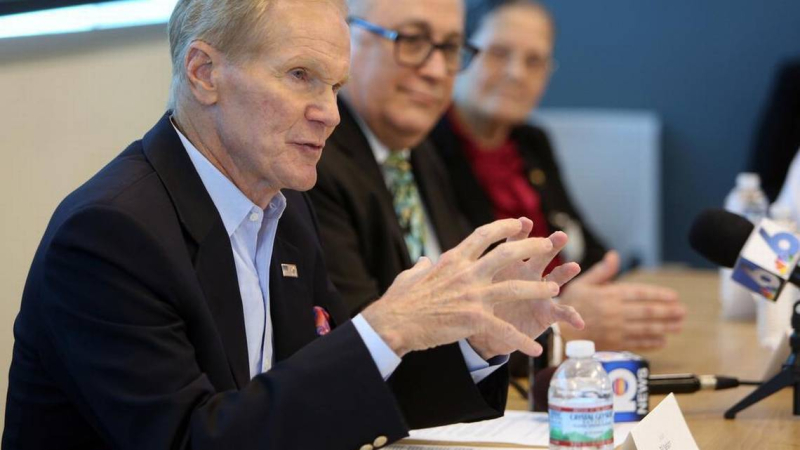 Florida Democratic Sen. Bill Nelson was one of seven Senate Democrats who did not speak on Brett Kavanaugh's Supreme Court nomination in recent weeks on the Senate floor, a list that includes a host of Democrats facing competitive reelection bids.

Nelson eventually voted against Kavauangh, who was successfully confirmed on Saturday, and announced his opposition after Kavanaugh testified about sexual assault allegations from 35 years ago in front of the Senate Judiciary Committee. Nelson tried to set up a meeting with Kavanaugh, but was unable to do so.

"I've had many questions about Judge Kavanaugh and in an effort to be fair, I wanted to meet with him, but he was not available," Nelson said in a statement when he announced his opposition. "Dr. Ford's testimony was compelling and raises questions about his character and, therefore, there needs to be a full FBI investigation. As stated before, I will vote no."

The other Democratic senators not to speak on Senate floor about Kavanaugh beginning on September 28, the day Nelson officially announced his opposition, were Indiana Sen. Joe Donnelly, Missouri Sen. Claire McCaskill, Montana Sen. Jon Tester, Virginia Sen. Mark Warner and West Virginia Sen. Joe Manchin. The only senator among that group who is not up for reelection in a state won by Donald Trump in 2016 is Warner. Manchin was the only Democrat who voted for Kavanaugh, and his confirmation passed on a 50-48 vote.

Gov. Rick Scott has criticized Nelson for failing to meet with Kavanaugh during the confirmation process, and called on his Democratic opponent to confirm him.

"Nelson sold his vote to [Senate Minority Leader Chuck] Schumer, who funds his campaign," Scott said in a statement on Friday. "That’s why he came out as a no before Kavanaugh was even selected. Shameful. DC has turned this process into a circus. It’s a great example of why we need term limits. Senator Nelson and Senate Democrats have used Judge Kavanaugh and Dr. Ford as pawns in their political game."