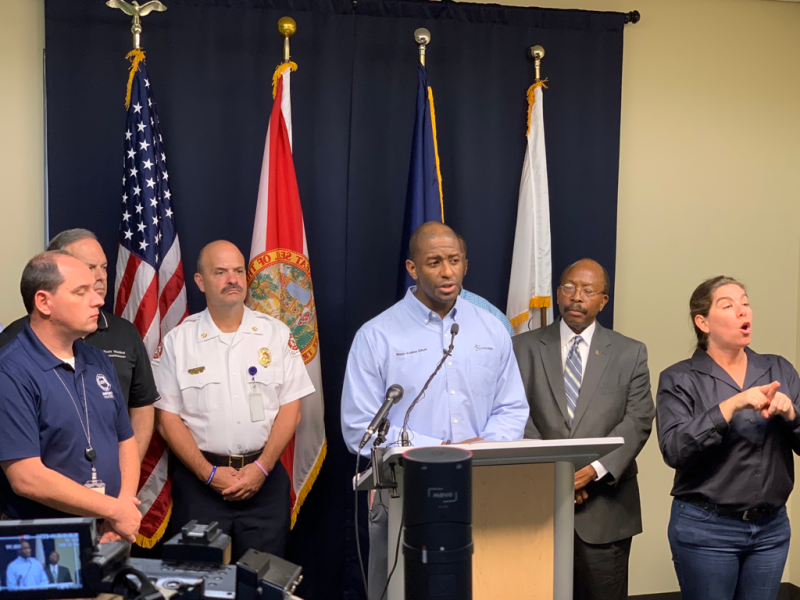 Tallahassee Mayor Andrew Gillum says the city has asked for hundreds more linemen in advance of Hurricane Michael's landfall, addressing one of the chief criticisms in his campaign for governor.

Gillum said the city has asked for between 500 and 600 more linemen, six times what the city's electric utility normally has on staff. He said the city expects at least 100 linemen to be ready before Michael makes landfall Tuesday night.

The city manager is responsible for running the city, while the mayor's position is mostly ceremonial. But Gillum touted the efforts of the city following Hurricane Hermine in 2016, which left the vast majority of the city's residents without power for days.

Gillum has been criticized for not accepting help from Florida Power and Light utility crews after that storm.  The decision was made by the city's utilities director.

After Hermine, Gillum said the city started signing mutual aid agreements with private utility companies, something that he said did not exist in 2016.

"We broke that wall down following Hermine, where you now get much more quick coordination between the public and the private utilities," Gillum said following a Monday afternoon press conference.

He said that the city is still a second-tier priority to private utility companies like FPL.

"The privates (utilities) have to first respond to other privates," Gillum said. "Once those supports are exhausted ... they then become available to us. We're still secondary in support.

Michael appears to be a much more menacing storm than Hermine, which was a Category 1 when it made landfall in 2016, the first storm to hit the area in three decades. Michael is already a Category 1, with projections that it could become a Category 3 before it hits the Florida Panhandle.