A manual recount for the agriculture commissioner race? Here's what you need to know 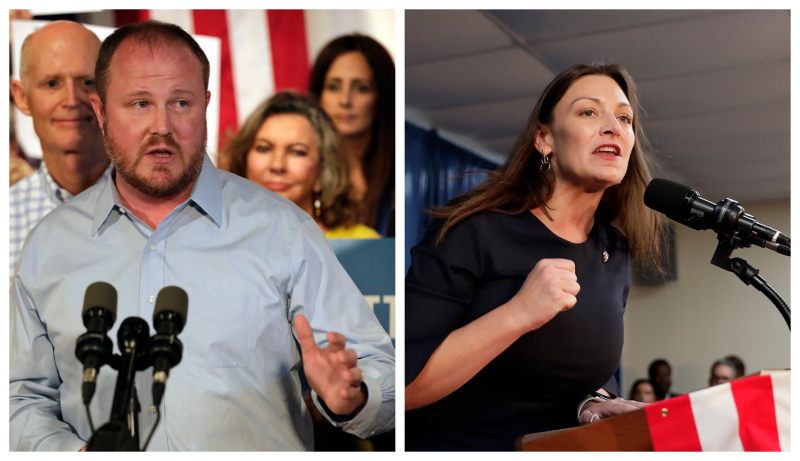 The super-tight race for Commissioner of Agriculture and Consumer Services could have a recount in its future.

Rep. Matt Caldwell, the Republican challenger, leads Fort Lauderdale attorney and lobbyist Nicole "Nikki" Fried by about 0.16 percentage points as of Wednesday morning. The threshold for a manual recount is 0.25 points.

The actual raw numbers Wednesday morning — with a trickle of absentee, military and overseas ballots possibly still to be tallied — put Caldwell ahead of Fried by just 12,521 votes, with just under 8 million votes cast.

"This is the closest race since we’ve seen here in Florida since Bush v. Gore in 2000—we’re heading into a recount,” Fried said in a statement. “We are going to ensure that every vote is counted, in a race this close, everyones' voices must be heard so the will of the people is upheld.”

Brian Swensen, spokesperson for the Caldwell campaign said, “We will be going through the state’s mandated recount and do not expect the results to change.”

For some perspective, Gov. Rick Scott was ahead of Sen. Bill Nelson in the U.S. Senate race by 34,435 votes Wednesday morning, and a recount seems imminent there.

Ballots go to automatic recount if 0.5 percent of the votes, or less, separate the candidates.

Under state law, the recount can only be triggered by the margin of votes, and in this race it has been met. There isn't an avenue for candidates to request a recount, but a losing candidate can submit a written request that a recount not be held.

Fried has not conceded the race.

The recount will likely take some time. Because the race is statewide, each canvassing board has to notify the Secretary of State the total combined number of overvote and undervote ballots in the county for the affected race.

Counties have to report first unofficial returns to the state no later than noon on Saturday, according to the Division of Elections. By then, if a race is still within the recount margin, a machine recount will be ordered. Second unofficial returns will be due no later than 3 p.m. on Thursday, Nov. 15 if a machine recount is ordered. If any of the races are still within a 0.25 percent margin, a manual recount would then be ordered.

A poll conducted by St. Pete Polls during the last days of early voting showed Fried leading Caldwell in the race by less than one percentage point, well within the margin of error. Caldwell, however, had more than a half million in fundraising over Fried — $1.6 million to her $1 million.