After weeks of recounts and lawsuits, Florida's midterm results are now certified. 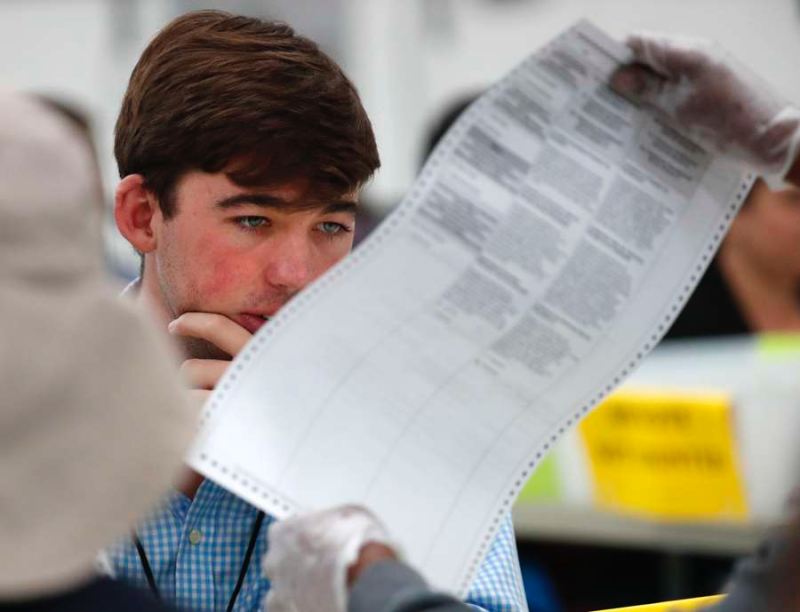 With nearly a dozen cameras watching, the state's Elections Canvassing Commission signed off on the election results in a ceremony that lasted barely five minutes.

State Sen. Rob Bradley, who was filling in for Gov. Rick Scott, gave a smile and a thumbs-up to the cameras after signing the results.

"The voters can be assured that the results that we just certified reflect the intent of the voters in this election," Bradley, R-Fleming Island, said. "Everyone we certified as winners were the winners in these elections."

Attorney General Pam Bondi and Agriculture Commissioner Adam Putnam, the other two members of the commission, certified the results over the phone. Bondi apparently could have appeared in person — she was on the Senate floor of the Capitol just a few minutes later.

In normal years, the canvassing commission is hardly notable. It meets after every general election to certify the results of each federal, state and multi-county race.

Scott, a Republican, recused himself from the commission after denouncing heavily-Democratic Broward and Palm Beach counties for committing "rampant fraud." That prompted President Donald Trump to repeatedly claim voter fraud in the election.

"I have not personally been presented with evidence of fraud," Bradley said when asked whether Scott's claims were true.

He said that voters should vote out the elections supervisors in Palm Beach, Broward and Hillsborough counties, however.

"The voters need to hold those officials accountable," Bradley said.