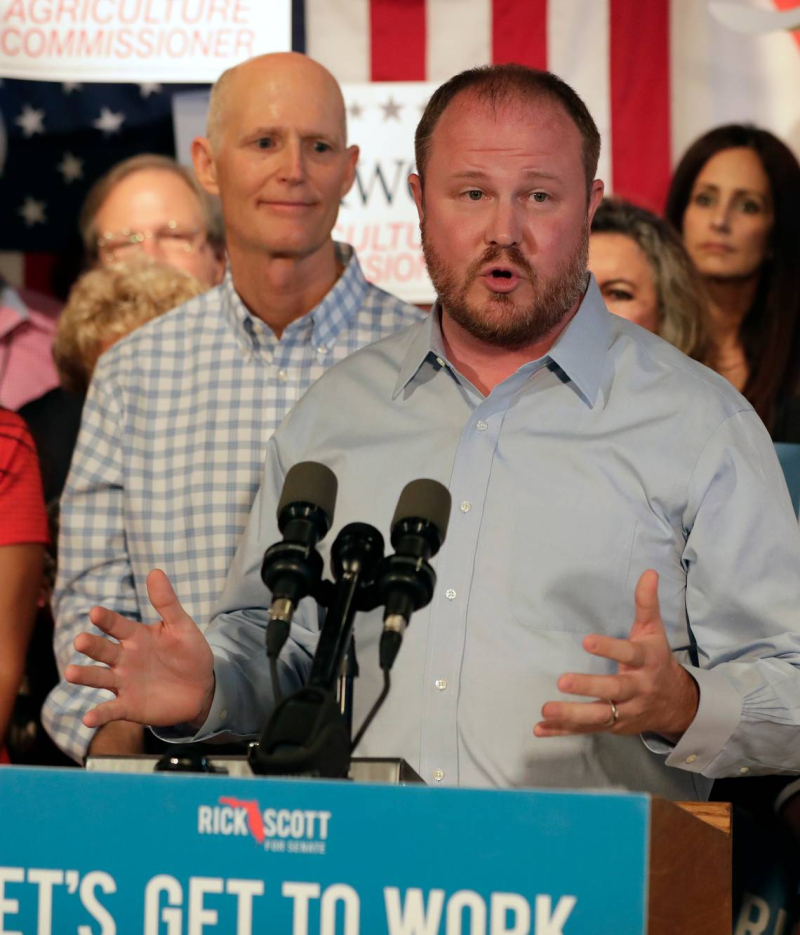 Florida's last statewide race to be called is over.

After grueling machine and manual recounts for the razor-thin race, Nicole "Nikki" Fried emerged victorious in the contest to replace term-limited Adam Putnam by just 6,753 votes — a margin of .08 percent.

Her opponent, state Rep. Matt Caldwell conceded in a letter to voters and a letter to Secretary of State Ken Detzner Monday afternoon.

Caldwell was ahead of Fried by about half of one percent on election night, which triggered a state law requiring two recounts: one by machine, one by hand.

He writes that his loss was a result of the "abject failures" in Broward and Palm Beach Counties, and that he would not pursue further legal action.

Caldwell filed a lawsuit in Broward County earlier last week, asking the court to determine if Brenda Snipes, the Broward County supervisor of elections, “illegally included ballots after polls closed” Nov. 6. His campaign also filed a public-records request for vote counts and emails among Snipes, her team, and any third parties regarding ballot-counting.

Snipes misplaced more than 2,000 ballots and Palm Beach County's supervisor, Susan Bucher, said technical problems and understaffing meant their recount may not be finished until Christmas. Snipes' staff missed the state deadline to turn in machine recount numbers, and Bucher's never submitted them at all.

On Saturday, Caldwell filed a petition for a writ of mandamus in Broward to mandate the county to submit machine recount results to the state, which would give Republicans a net increase.

That petition was denied, according to Broward County attorney Andrew Meyers.

"It has become clear that we may never gain an understanding of what transpired in the hours and days after polls closed, despite the exhaustive efforts of my legal team to get to the truth," Caldwell said.

Caldwell, an eight-year veteran of the House, said he is proud of his time in the public eye and has offered to assist Fried in any way he can.

"I hope to see Florida continue to prosper and pursue the proper balance between all of the things that make this state great."

In a separate letter addressed to Detzner, Caldwell wrote that supervisors across the state failed to act "fairly and competently," ultimately undermining voters' confidence in the process.

Caldwell laid out a long list of errors and failures that he said "plagued the vote counting process," including problems with logic and accuracy tests, improper commingling of provisional ballots in Broward County and the 2,000-vote discrepancy between first and second unofficial results reported by Broward County.

"We cannot afford to have another election that produces similar delays, irregularities and questions over the validity of the election system," he wrote. "Let’s get in front of this problem now so we can be the model for fair, free and open elections, instead of the target of national criticism and derision."

Cabinet officers and new members will be sworn in Tuesday during the Legislature's organizational session.