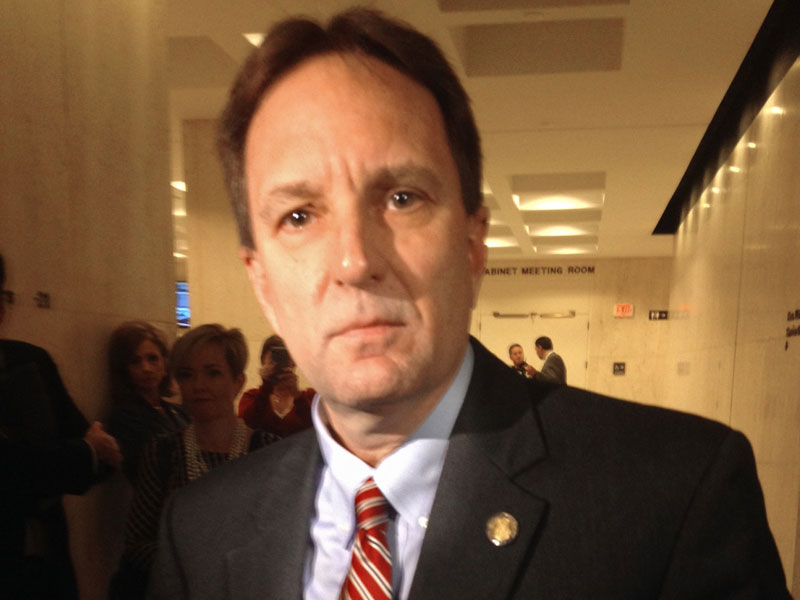 "I am deeply troubled that you think I have announced that FDLE would not be pursuing any investigation or inquiry into the conduct of elections officials in Broward or Palm Beach counties (or any other county) that may rise to the level of criminal conduct during the 2018 election," Swearingen wrote. "I have made no such announcement."

Swearingen's letter was in response to a letter Bondi had sent him on Sunday questioning his competence, writing that she was "deeply troubled" that he had not opened an investigation into Gov. Rick Scott's unfounded claims of voter fraud in his U.S. Senate race.

"Your duty to investigate this matter is clear," she wrote, adding, "Florida is counting on you."

Swearingen went on to assure her that his office was working with the Secretary of State to watch for crimes in the midterm election, and he said he had already opened a "preliminary inquiry" before she'd sent her letter.

Bondi had criticized Swearingen over claims that FDLE would need a formal letter from the governor to investigate voter fraud.

Swearingen replied that it had been "inaccurately reported" that his office would need a written letter from the governor before pursuing an investigation.

"We simply responded to media inquiries as to whether such a written request had been received and as of the date of this letter it has not," he wrote.

Despite Scott repeatedly claiming there has been "rampant fraud" in his race, he has presented no evidence for it, and state officials, the Palm Beach County state attorney and a Broward County judge have all said they've found no evidence of fraud.

The U.S. Department of Justice was in Palm Beach County monitoring the election, but the agency declined to comment about what observers saw.