Florida recount odyssey confirms that Rick Scott is going to be a U.S. Senator 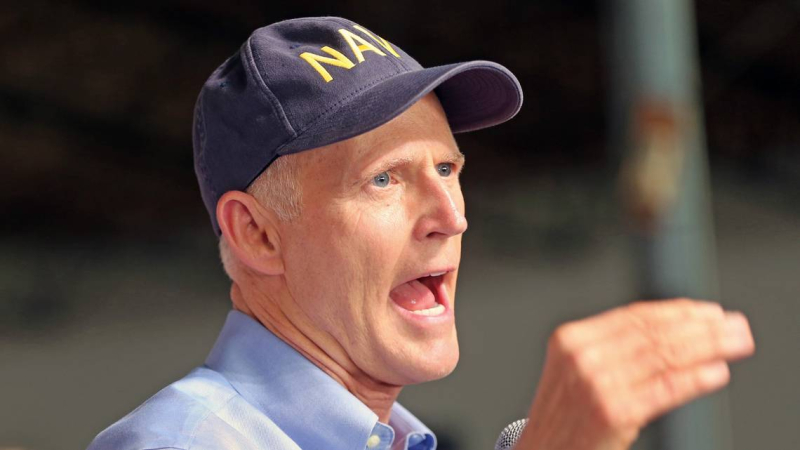 Florida’s recount madness is over, Broward’s supervisor of elections is out, and Rick Scott is going to be a U.S. Senator.

On Sunday, following a 12-day ordeal in which 8.3 million ballots were counted twice — some of them thrice — Florida’s Division of Elections confirmed that Scott beat U.S. Sen. Bill Nelson by 10,033 votes. Shortly after, Nelson called the term-limited governor to concede, ending any speculation that he might challenge the results.

With the extended campaign behind him, Scott, 65, will now head to Washington, where he will add to the Republican Party’s majority in the U.S. Senate. The win is the third in three tries for the former healthcare executive, who unexpectedly rode a Tea Party wave into the governor’s mansion in 2010 and used a tireless work ethic and his own personal wealth to hold onto power.

“My focus will not be on looking backward, but on doing exactly what I ran on: Making Washington Work,” Scott, who spent $64 million of his own money on his campaign, said in a statement.

Scott, who topped 50 percent of the vote for the first time in his political career, called Sunday for the country to “come together.” But his victory follows a tumultuous two-week period in which he claimed rampant voter fraud in South Florida without evidence and asserted that “unethical liberals” were trying to steal his election. As if to sting Nelson one last time on his way out the door, Scott preempted the outgoing Senator’s concession speech Sunday by announcing that Nelson had called him and was bowing out.

“We may have been heavily outspent in this campaign, but we were never outworked,” Nelson said in a statement that lacked any congratulations for Scott. “To all Floridians, whether you voted for me, or for my opponent, or you didn’t vote at all, I ask that you to never give up this fight.”