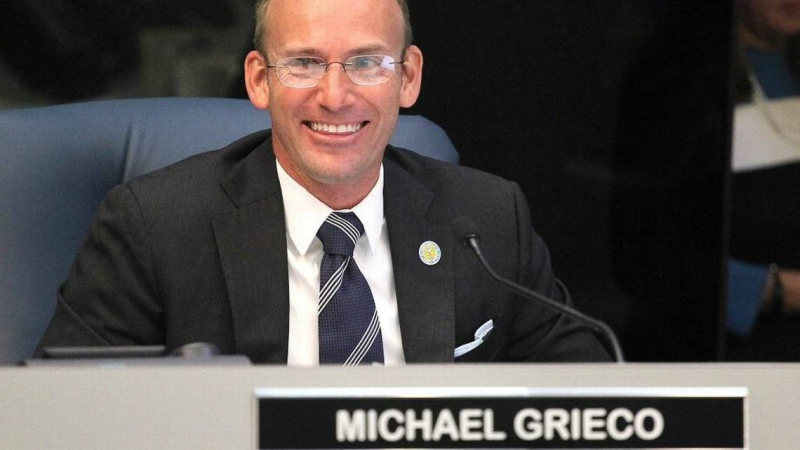 A year after vacating his Miami Beach City Commission office amid a campaign finance scandal, newly elected state representative Michael Grieco wants to move back into the building. But his request to set up shop near the entrance to city hall, which would displace city employees, hasn’t gone over well with some former colleagues.

Grieco requested a space on the first floor — wedged between the elevators leading up to the commission chamber — to use as his primary district office in his new role representing Miami Beach, North Bay Village, Little Havana, downtown Miami and Fisher Island in the Florida Legislature. Grieco’s predecessor, David Richardson, rented office space on the fourth floor of a city-owned building next door for $311 a month, but Grieco argued that the city hall office would be more accessible and easier for constituents to find. He asked for a $1 annual lease, the same price Miami-Dade County pays to rent a space on the first floor for the county commissioner whose district includes Miami Beach.

City Manager Jimmy Morales told Grieco that the space he wanted wasn’t available and offered Richardson’s old office instead. The problem, Morales explained in a memo to commissioners, is that the office Grieco wants is already occupied by the Urban Forestry division and five city employees. Residents visit the office every day seeking tree permits, Morales wrote, which are often required for construction permits that can be obtained in the same building. Relocating the office, he said, “will likely result in added cost to the city, in addition to the inconvenience to our customers.”