« Want a job? As recount churns, DeSantis has to hire people for a new administration. | Main | Miami-Dade is halfway through its recount. Broward hasn’t started yet. »

Judge rejects Scott’s bid to impound voting machines. Instead, he offers a compromise 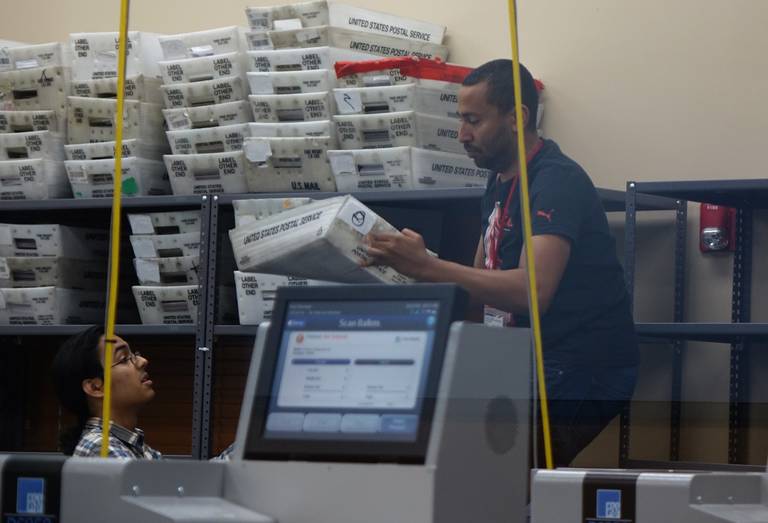 A Broward judge on Monday turned down Gov. Rick Scott’s request to “impound and secure” all voting machines in Broward’s elections headquarters when they’re not being used to recount ballots.

But Circuit Judge Jack Tuter offered a compromise: Add three Broward Sheriff’s deputies to the current lineup of BSO officers and private security guards overseeing the recount under way at the county’s election’s center in Lauderhill.

Tuter stopped short of granting the Scott campaign’s request for an injunction to impound the machines, but agreed with his lawyers that “there needs to be an additional layer of confidence” in the vote-recount system in Broward. The votes in the U.S. Senate race between Scott and incumbent Bill Nelson are part of the recount.

Tuter asked the lawyers representing Scott’s campaign and attorneys for Broward Supervisor of Elections Brenda Snipes to come back by 1 p.m. Monday with a plan that would assign the three additional BSO deputies to protecting the voting machines and ballots during the recount of races for U.S. Senate, Florida’s governor and state agriculture commissioner.

Tuter also warned the lawyers for all the candidates engaged in recounts to tone down their political attacks because the nation’s eyes are zeroed in on Broward once again — an obvious reference to Florida’s fiercely contested presidential recount in 2000.