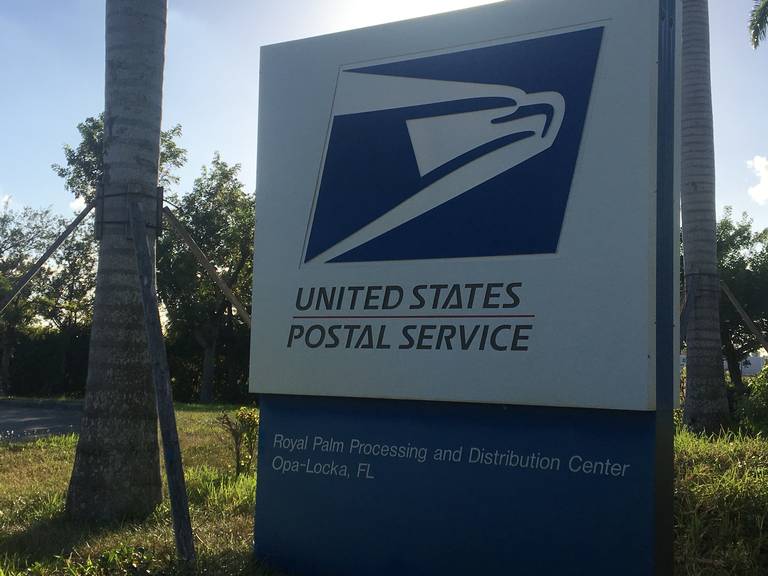 The U.S. Postal Service is investigating its handling of absentee ballots mailed through a sorting facility in Opa-locka to “verify that all ballots have been handled in accordance to USPS service standards.”

A small group of activists gathered outside the federal building on Friday claiming possible voter suppression and sharing photographs they claimed showed scores of uncounted ballots sitting inside the facility’s mail room.

“At this time, we have no information to suggest any ballots were not properly handled and provided to local election officials, per our established process,” said Debra J. Fetterly, a USPS spokesperson with the South Florida District. “The Postal Service recommends that ballots be mailed as early as possible, in order to receive a postmark prior to or on Election Day.”

Local activists said an employee of the mailroom claimed scores of ballots had been sitting there for up to several weeks. But the Miami-Dade County Supervisor of Elections office said there was “zero” chance any ballots had been invalidated during the mailing process and that any ballots mailed late would eventually be delivered to them.

“What we are demanding is some transparency,” said Caroline Thompson of the Advancement Project, a civil rights organization. She was one of about a dozen activists waiting outside the facility and asking to speak with a USPS representative about their concerns.

“Voters deserve to know if their ballots are sitting in a mailing facility,” she said.

U.S. Rep. Frederica Wilson, whose district includes Opa-locka, said the USPS told her office that the ballots left behind at the facility were postmarked after Nov. 6 — Election Day — and thus were not eligible to be counted.