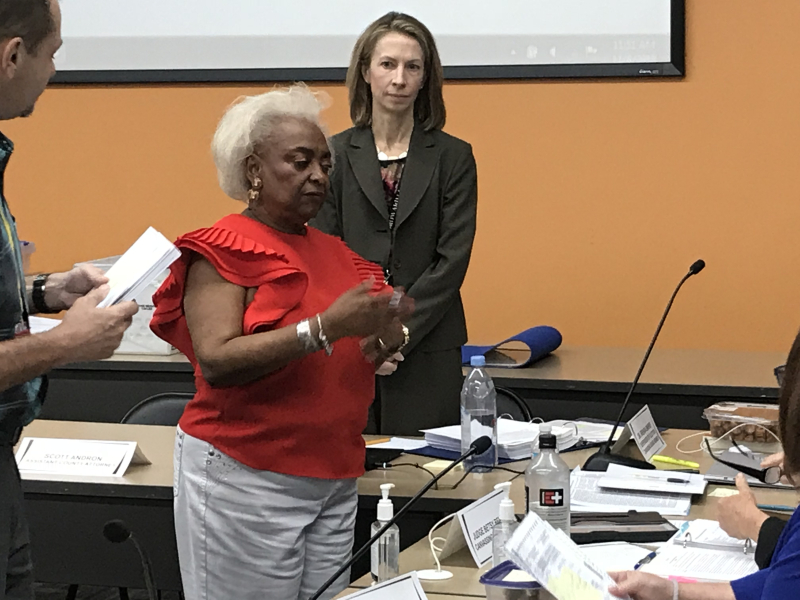 Broward’s elections supervisor accidentally mixed more than a dozen rejected ballots with nearly 200 valid ones, a circumstance that is unlikely to help Brenda Snipes push back against Republican allegations of incompetence.

“We have found no clear authority controlling the situation faced by the board,” said Broward County Attorney Andrew Meyers.

On Election Day, Broward County collected more than 600 provisional ballots. The vast majority were declared invalid by the county’s canvassing board judges for reasons ranging from registering to vote too late to previously voting to voting at the wrong precinct.

But a couple hundred provisional ballots were held in limbo. Those ballots were the result of a connectivity issue in the system that precincts use to look up voter registrations, said Pat Nesbit, the elections day operations manager for Broward County. Voters would swipe their ID and the precinct system would show they weren’t registered voters. But when staffers called the Broward elections headquarters, the voter’s registration would appear. Precinct workers had those 205 voters fill out provisional ballots.