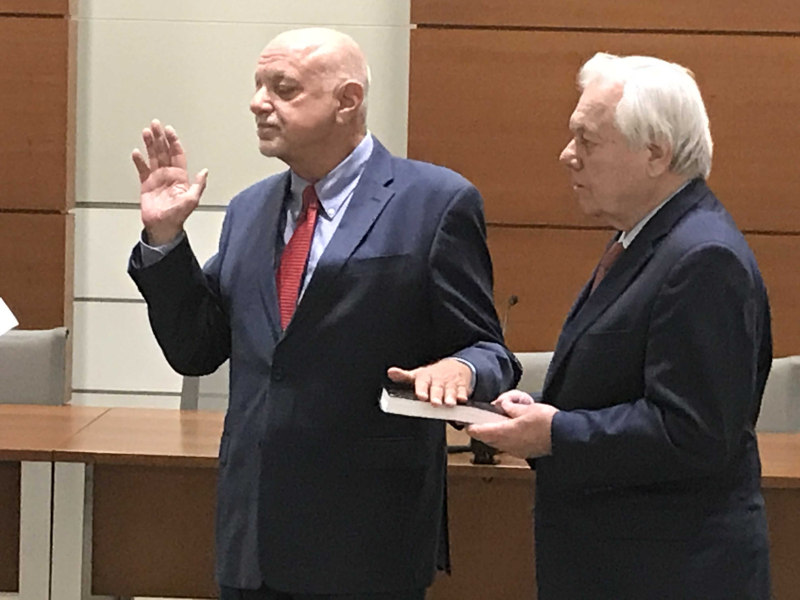 Pete Antonacci, the former general counsel to outgoing Republican Gov. Rick Scott, was sworn in as elections chief in Florida’s most liberal county Thursday, beginning a shotgun marriage with Broward Democrats that could prove crucial during the 2020 presidential elections.

Picked by Scott to replace suspended elections supervisor Brenda Snipes, Antonacci referred to himself as a “caretaker” following a ceremony in Fort Lauderdale inside the 15th floor courtroom of Chief Judge Jack Tuter. The 70-year-old Republican said he hopes to ensure that “every vote counts” and restore trust in the elections process following a rocky recount that saw the governor cast Snipes and her staff as “unethical liberals” trying to steal the election from Republicans.

But how can voters in Florida’s Democratic bastion trust that Antonacci appointee will run the office with integrity?

Antonacci has been in Broward County and meeting employees at the elections office since Monday morning. Upon his swearing in at 11:06 a.m., he assumed control of operations at the autonomous $19 million department, where Scott has announced Antonacci will serve the remainder of Snipes’ term through the 2020 elections.

But Antonacci may be walking into a buzz saw.

Snipes announced the day after her suspension that she would rescind her previously submitted plan to resign on Jan. 4 and fight to be reinstated. Democrats in the Florida Senate are beginning to prepare for a possible trial overseen by the upper chamber. And Broward County commissioners, who don’t control the supervisor but will set Antonacci’s budget, ordered their team of attorneys Tuesday to look into whether they have recourse to challenge Snipes’ suspension or at least block Antonacci from serving beyond the time when her ouster becomes final, should that be the case.

“The governor didn’t need to do what he did,” said Broward Commissioner Dale Holness, who is part of an effort to organize opposition to Snipes’ suspension. “There was no need for it. And he’s putting somebody in place who’s not from Broward, and who from what I’ve read is a political hatchet man.”