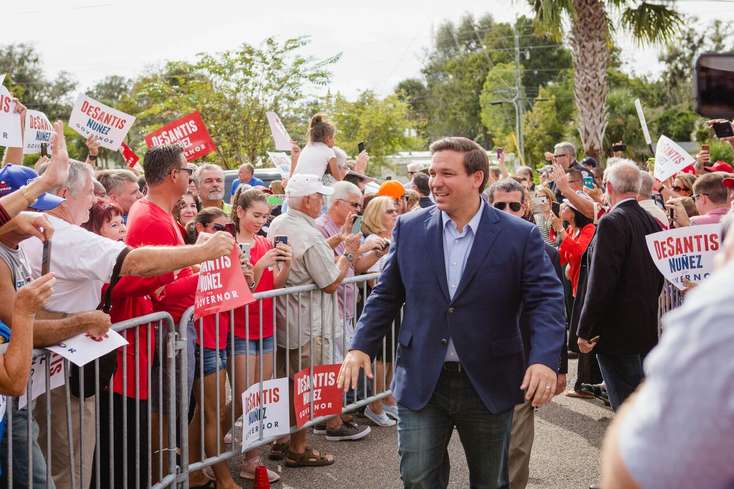 While Ron DeSantis has significantly changed his tone since the election, there's one aspect of his campaign that has so far remained constant: his promise to prioritize environmental issues and water quality.

That theme emerged again in a Florida Trend business magazine piece published this week, in which DeSantis repeated that the reservoir south of Lake Okeechobee should be fully built "as soon as possible." (The piece is only available in print)

Florida Trend is owned by Times Publishing, the same company as the Tampa Bay Times.

DeSantis also talked about water management districts, which hastily renewed a land lease with sugar growers in November in an area targeted for the new reservoir. Environmental activists have railed against Gov. Rick Scott on the issues of these districts, saying he replaced experienced regulators with people who had previously worked for industry.

"We're going to have people on the water management boards that understand the issues and are going to be problem-solvers," DeSantis said in the interview.

When it comes to health care policy, incoming state House Speaker José Oliva told the magazine he fully expects DeSantis to support his proposed hospital reforms — chiefly, to roll back certificate-of-need regulations that limit when and where hospitals can be built. Oliva has said these rules give hospitals "monopolies" and jack up health care prices.

"I think you will see a great deal of action in trying to extricate government from the free market," Oliva said.

The magazine also touched on DeSantis' sketch for education, which is to expand vocational and career-specific training and continue to push for more funding for vouchers through the Corporate Tax Credit Scholarships. His ultimate goal would be for every family to get a set amount of money for their student's education and so they could use it in a myriad of ways, he said.

On the economy, DeSantis plans to continue to use public incentives and Enterprise Florida to attract business to the state and wants to reduce the sales tax on commercial leases.

As far as who's helping DeSantis call the shots, his "inner circle" includes well-known advisers such as his transition executive director, Susie Wiles, as well as transition chairs U.S. Rep. Matt Gaetz and former House speaker Richard Corcoran. The magazine also named a few others very close to the incoming governor: state Rep. Byron Donalds, R-Naples; Kent Stermon, the COO of a military moving company that previously rented out a condo to DeSantis; and of course, his wife, Casey.