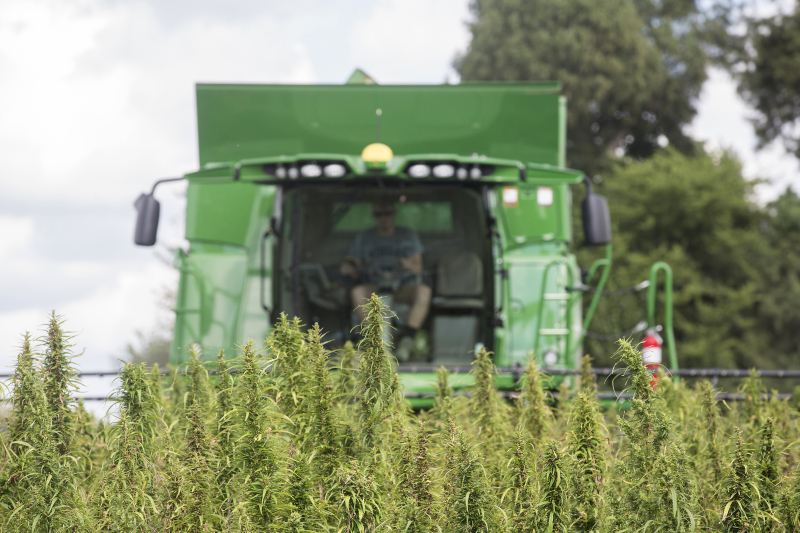 President Donald Trump signed into law Thursday an $867 billion farm bill which, among other things, classifies hemp as an agricultural commodity and takes it off the federal controlled substances list.

Nicole "Nikki" Fried, agriculture commissioner-elect, said she was “elated” when she heard the bill passed.

Hemp, a form of the cannabis plant, contains only trace amounts of THC — the naturally occurring component in marijuana that produces a high — and uses less water and fertilizer to grow. States like Kentucky have embraced hemp as a way to replace failing tobacco farms and falling crop prices.

“Lifting the needless ban on hemp presents an incredible opportunity for our farmers and Florida as a whole," said Fried,  a marijuana lobbyist and South Florida attorney who made a name for herself on a weed-heavy campaign platform. "I look forward to ensuring we take the necessary steps so Florida is ready to become a national leader on hemp.

Hemp growing is already being studied in Florida, thanks to legislation that authorized the Department of Agriculture to issue hemp field study permits through Florida A&M and the University of Florida.

UF’s two-year program is housed on three sites across the state, where researchers are studying the risk of hemp plants becoming invasive threats as well as identifying hemp varieties suitable for Florida’s various environments. Right now, researchers are preparing the land and necessary approvals for planting at the research locations in the spring. They are still hiring research personnel, ordering seed, applying for planting permits and working to get additional sponsorship.

Since the new farm bill will allow hemp production beyond the university setting, Fried’s campaign promise to expand industrial hemp can hold true

"This is an alternative crop which will give Florida’s agriculture community the tools they need to be competitive and successful," Fried said. "It has the potential to become a multi-billion dollar industry for our state, which could drive job growth with an open market and account for a strong new source of revenue."