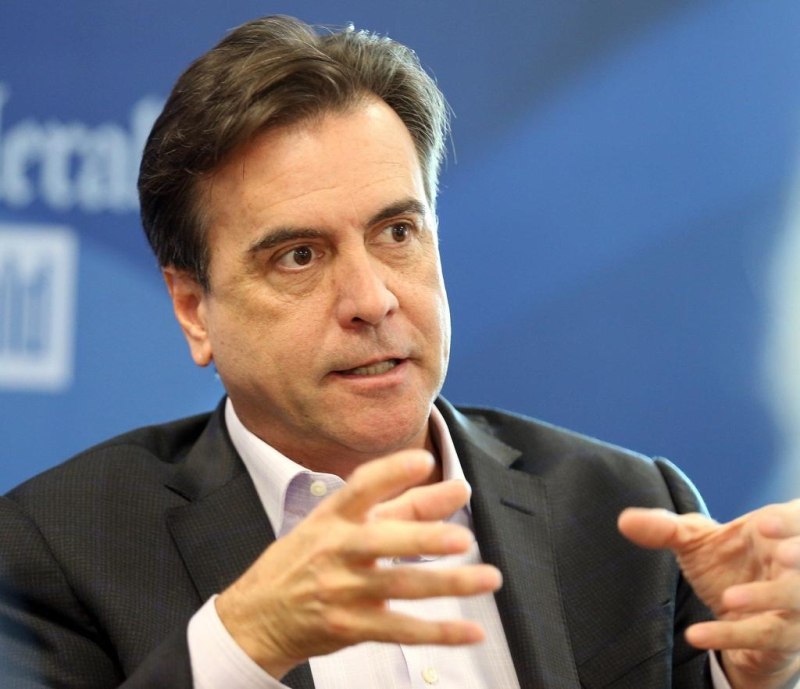 On Monday, the political consultant filed to run for the Miami City Commission. Diaz de la Portilla filed paperwork with the city of Miami to open a campaign account, confirming a rumored run for the District 1 commission seat, which is being vacated by Wilfredo "Willy" Gort. Gort is term-limited this year.

Diaz de la Portilla's most recent foray into Miami City Hall politics was 2017, when he worked on Commissioner Joe Carollo's campaign. A state representative in the 1990s and state senator during the 2000s, Diaz de la Portilla has worked as political consultant in recent years and has unsuccessfully run for office twice since 2017. That year he lost a bid to return to the state Senate, where he once served among the senior leadership of the Republican majority. When former county commissioner Bruno Barreiro resigned his seat to run for Congress in 2018, Diaz de la Portilla ran for his seat in a special election. He placed third behind Zoraida Barreiro, Bruno's wife, and Eileen Higgins, who was elected in a run-off.

Diaz de la Portilla joins four other candidates who have already opened campaign accounts for the District 1 race: Horacio S. Aguirre, chairman of the Miami River Commission; Michael Hepburn, a former University of Miami academic adviser who ran in the Democratic primary for Florida's 27th Congressional District; Miguel Angel Gabela, a businessman who has twice lost to Gort in past elections and has already contributed $100,000 to his campaign; and Yanny Hidalgo, an attorney.

The District 1 race will be one to watch in Miami, particularly in the context of one high-profile City Commission vote on the horizon. David Beckham and his partners are expected to negotiate a lease of public land to build a soccer stadium and retail complex on Miami's only city-owned golf course -- a lease that would require four of five commission votes. Commissioner Manolo Reyes has said he's a firm no, and Gort has opposed the idea in the past. The stadium deal could be a major issue in the election.

Alex Diaz De La Portilla, part of the (once powerful?) Portilla family, has filled to run for Miami City Council Seat 1. This follows his failed campaign for County Commission Seat 5. In that race, get got 27% - BUT got 45% in the precincts within City Seat 1 #flapol #sayfie pic.twitter.com/hyUs2PRYg1