« Rick Scott joins a Congress that can’t clean up after itself | Main | "Here's to the winners." Ron DeSantis, political insiders celebrate win at Inaugural Ball » 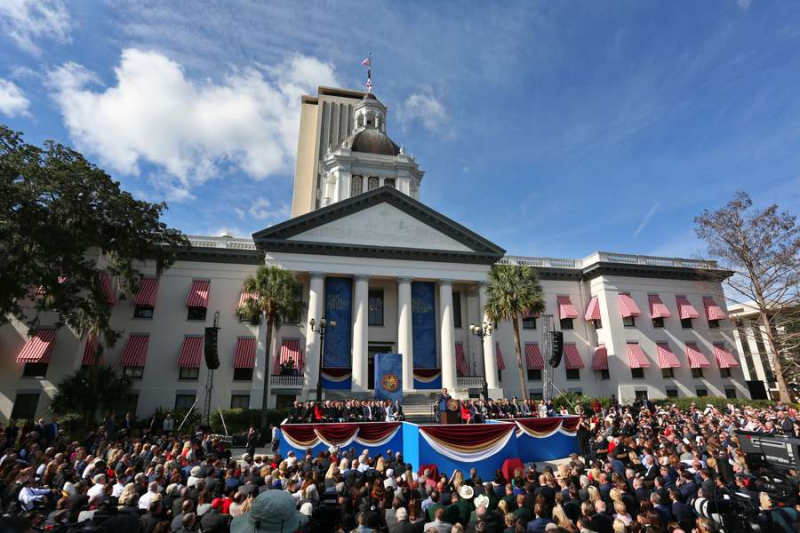 Newly inaugurated Gov. Ron DeSantis issued two executive orders to cap his first day in office Tuesday night, just hours after he was sworn in on the steps of the state's historic Old Capitol.

After addressing lawmakers in the afternoon and returning to the Governor's Mansion to baptize his 9-month-old son, DeSantis' office released two signed orders before the start of his inaugural ball: one reaffirming a non-discrimination policy for government employment and contracting and a second continuing to keep open the state's Office of Open Government for public records and adopting a revised code of ethics for the governor's office.

The non-discrimination order, Executive Order 19-10, reaffirms prohibititing discrimination based on age, sex, race, color, religion, national origin, marital status, or disability, both for contracting and for employment or seeking employment in the administration.

The other order, Executive Order 19-11, calls for adopting and implementing a revised code of ethics for the governor's office and top staff at the executive branch's agencies. It also re-establishes the office tasked with responding to public records requests and readopts a past executive order to prevent sexual harassment at agencies, directing officials reporting to the governor to review their harassment and misconduct policies and procedures.

His transition team has yet to release full information about details related to his inauguration, including the names of all donors to his inaugural committee, which has raised millions put into the coffers of the Republican Party of Florida.

It released the names of about 90 major sponsors on a program late Friday night, but a spokeswoman declined to answer if donors could voluntarily choose not to be included on such lists. The state party must submit full disclosure reports by Jan. 10.