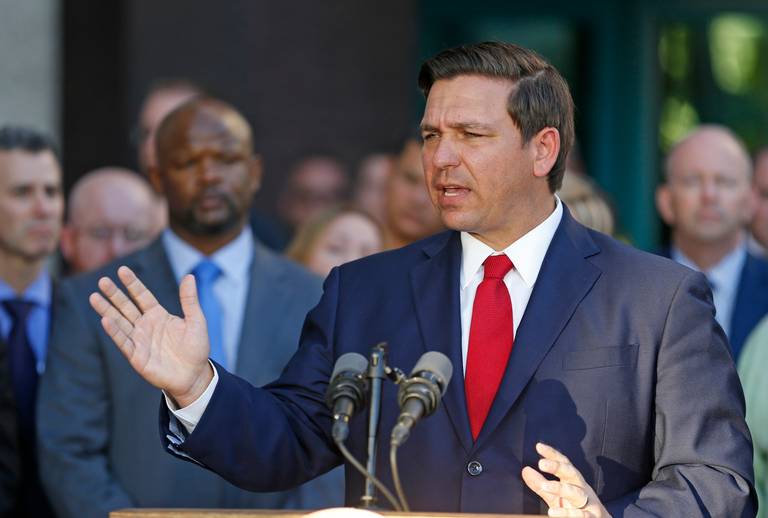 Ron DeSantis was accused on the campaign trail of courting bigots.

Coming off a contentious campaign dominated by allegations of racism, DeSantis touted the diversity of his administration Monday during a Martin Luther King Jr. Day speech at a historically black church in South Florida. In an event intended to promote his plan to expand school vouchers, he also highlighted his minority hires for top posts.

“I don’t want to just be putting people in from some good ol’ boys network. I want to be putting people in from all walks of life,” DeSantis told a largely black audience gathered in the sanctuary at First Baptist Church Piney Grove in Lauderdale Lakes. “And I think if you look at my total appointments, I don’t think there’s any peer recently, at least in Florida, of the number of African Americans we’ve put in.”

DeSantis, a Republican former congressman, noted his appointment of Ken Lawson to lead the Department of Economic Opportunity, Jamal Sowell to oversee Enterprise Florida and Simone Marstiller to run the Department of Juvenile Justice. He was flanked by Gregory Tony, whom he appointed this month as the first black sheriff in Broward County’s history, as he descended from the sanctuary’s second floor and walked to his pew.

Said DeSantis, “It has nothing to do with race. I’m looking for the best people. But I’m not just going to fall into this rut of only choosing from the same little pool.”