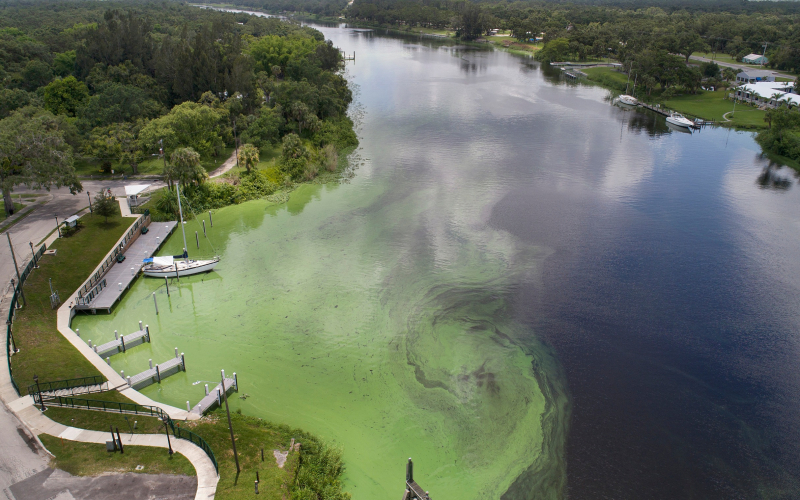 A presentation made to the Senate Agriculture, Environment and General Government Appropriations Subcommittee told lawmakers “yes.”

Brian Lapointe, a researcher from Florida Atlantic University presented for nearly an hour to the committee Wednesday, explaining how septic systems provide primary treatment and are not designed to remove nutrients, bacteria, viruses or pharmaceuticals.

After a long presentation of historical data and a video funded by the Florida Chamber (which initially opposed the Everglades reservoir), Lapointe made the point that a group within the Department of Environmental Protection needs to build a plan to combat septic systems from dumping huge nutrient loads into the waterways.

Lapointe said the Everglades reservoir is “a distraction”  from the real problem of septic tanks, and added that curtailing toxic blue-green algae blooms in the Caloosahatchee and St. Lucie rivers by sending Lake Okeechobee water south is a bad decision.

“We need a Manhattan Project,” he said. “We need to go to war against blue-green algae. We have to build a state master plan.”

Sen. Ben Albritton, a citrus grower, agreed with Lapointe and blamed newspapers for spreading “misinformation” about how the blooms spread and grow. The Wauchula Republican said farmers are falsely blamed for contaminating the water, and that the public needs to understand the real truth.

“It seems to me that this septic system problem is a bigger and bigger piece of the pie of where the nitrogen is coming from,” he said.

Sen. José Javier Rodríguez expressed concern about his native South Florida, and how it’s more important to send higher quality than a higher quantity of water south to the Everglades from the lake.

“We have to protect Lake O,” he said. “We have to focus on the source of the water, clean it there and store it there. That’s common sense to me.”

Wraithmell also added that she was “flummoxed” by the idea of blaming septic systems for the majority of nutrient dumps.

“There is no smoking gun for our water quality issues and no silver bullet,” she said. “It’s unfortunate because while it’s part of the science, it’s not all of the science, and for decision-makers to make good decisions, they need all the information."