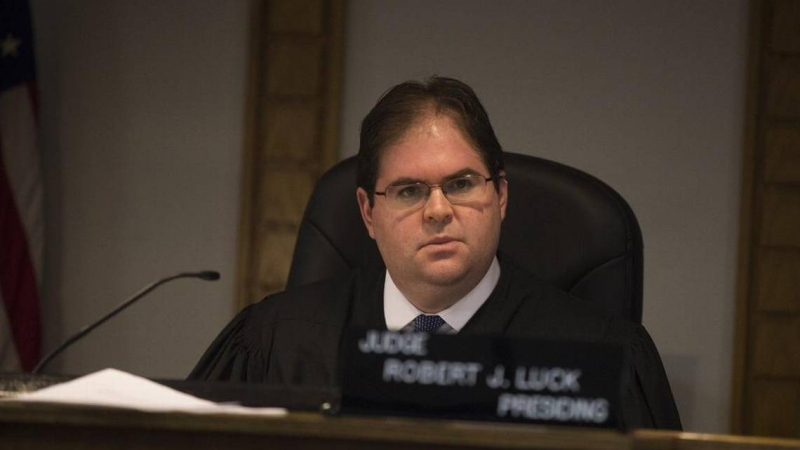 Robert Luck, a well-respected appellate judge, was named to the Florida Supreme Court on Monday, the second judge from Miami’s appeals court to be named to the high court under new Gov. Ron DeSantis.

The governor appointed the 39-year-old Luck, who has served less than two years on the Third District Court of Appeal. Last week, in his first official act as governor, DeSantis elevated Third DCA Judge Barbara Lagoa, the first Cuban-American woman to serve on the high court.

DeSantis’ appointments for Supreme Court are part of what observers say will be a conservative makeover of the high court. The Republican governor, who was sworn in last week, will select one more candidate after Luck. DeSantis is replacing three retiring Supreme Court justices: Barbara Pariente, Fred Lewis and Peggy Quince, who often sided on liberal issues and against the Republican-controlled Legislature.

DeSantis made the announcement Monday morning at the Scheck Hillel Community School in Northeast Miami-Dade, a prominent Jewish school. Luck is the first Jewish justice appointed in over 20 years.

“I am humbled, truly humbled to be standing where I went to kindergarten accepting an appointment to the Florida Supreme Court,” Luck said during a packed press conference at the school.

Luck is a former federal prosecutor who was appointed to Miami’s state circuit court in September 2013, and later won reelection, serving five years in total. Gov. Rick Scott appointed the fast-rising Luck to the Third DCA in March 2017, where he has authored over 70 opinions in less than two years.

“Everybody loves this guy,” DeSantis said, adding: “He will be a formidable force on the Florida Supreme Court.”