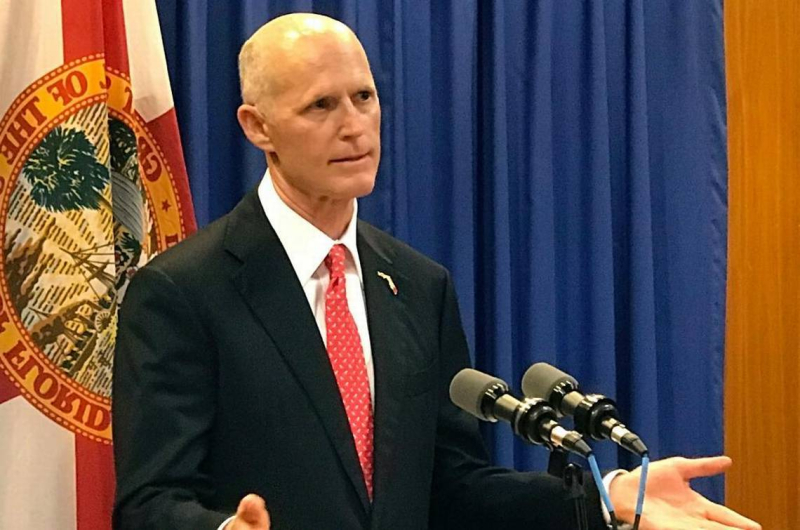 Amid the longest-ever federal shutdown, Rick Scott called a solo press conference on Thursday to address “Washington dysfunction,” an unusual move in the U.S. Senate, where rank-and-file lawmakers typically pair up or gather in groups in front of the cameras.

The former governor, who campaigned on a slogan to “Make Washington Work,” is unable to force action as the most junior Republican in the Senate. As governor he passed the Marjory Stoneman Douglas Public Safety Act against the wishes of the National Rifle Association and liberal Democrats weeks after the Parkland school shooting. In Washington, Scott is following Senate Majority Leader Mitch McConnell’s lead.

Florida’s Republican leaders in Washington don’t have the power to end a government shutdown on their own, but Scott and Sen. Marco Rubio aren’t publicly offering any ideas to resolve the current impasse between President Donald Trump and House Speaker Nancy Pelosi over border-wall funding.

Thousands of federal employees aren’t getting paid while negotiations between the president and House and Senate leaders are largely at a standstill.

During his 10-minute press conference, Scott’s only substantive contribution to alleviate part of the shutdown’s effects was signing onto a relatively uncontroversial bill backed by Democrats and Republicans that would make sure Florida’s 5,000 Coast Guard members get paid during the shutdown, a proposal also backed by Rubio. Scott’s other ideas, such as suspending congressional pay and demanding that lawmakers stay in Washington over Martin Luther King Day, do nothing to resolve differences.

“It’s frustrating to me to watch how our government’s shut down,” Scott said. “The Coast Guard’s not getting paid. Other people are not getting paid and we’re not going down the path to secure our border.”