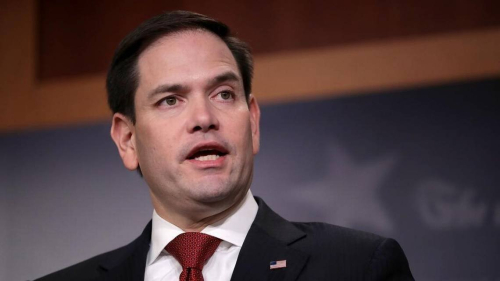 As the 116th Congress opens this week, U.S. Sen. Marco Rubio has filed a bill that aims to encourage the federal government to require air conditioning in public housing, which could impact South Florida as average temperatures continue to rise each year.

The U.S. Department of Housing and Urban Development (HUD) does not mandate air conditioning in federally subsidized housing, a fact highlighted in August by the Miami Herald after the city of Miami gave Miami-Dade’s public housing department $15,000 to purchase and install 51 through-the-wall units for residents in Liberty Square, the country’s oldest public housing complex. Though the county has required all new and redeveloped units to have air conditioning since 2001, older units are not a part of this requirement. 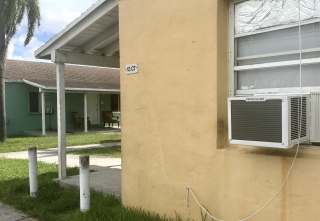 Rubio, R-FL, is proposing the “Safe Temperature Act,” a measure that would give HUD Secretary Ben Carson the ability to use federal dollars to install air conditioning in public housing and privately-owned units funded with federal assistance. The law would allow Carson to ensure temperatures in public housing stays between 71 degrees and 81 degrees Fahrenheit.

But the bill does not mandate air conditioning, nor does it provide additional funding to pay for it. Without teeth in the law, Rubio would have to push HUD to implement the rule in places like Miami, and the senator could advocate to steer more dollars to HUD through his position on the Senate Appropriations Committee.

Because air conditioning has never been a requirement under federal law, there is no accounting for how many units don't have cooling systems. Miami-Dade has begun redevelopment or rebuilt more than 2,500 units over the past five years, increasing the number of units with air conditioning.

The Safe Temperature Act is one of two bills Rubio has filed that could impact Liberty City. The senior senator from Florida also plans to reintroduce the Liberty City Rising Act, a public safety package that would beef up security measures for public housing. Rubio first introduced the bill last year after visiting Liberty Square following a series of shootings that rocked the community, spurred a high school student protest against gun violence and attracted much media attention. The law would require dead-bolt locks on entry doors, covers on security camera boxes and covered security camera wires and smoke detectors in common areas.

In a statement this week, Rubio recalled speaking to the Liberty City community last year as he pledged to get the two laws passed.

“I will work to pass the Liberty City Rising Act and the Safe Temperature Act as a means to ensure that communities, like Liberty Square, are held to higher safety standards so that these families can raise their children in safe and sanitary living conditions.”

Experts have warned that one of the consequences of climate change is a public health crisis stemming from a lack of reprieve for people who live in increasingly hot places. The U.S. government has warned that soaring temperatures associated with climate change will exacerbate underlying health issues — and poor, urban communities are among the most at risk. Disadvantaged communities are more likely to have a harder time escaping the heat.

Rubio's bill does not mention climate change. The senator has acknowledged that climate change has been measured by scientists and is at least in part caused by human activity, but he has said he wouldn't "destroy the economy" over it and favors mitigation, water management and hardening infrastructure over changes to energy policy.