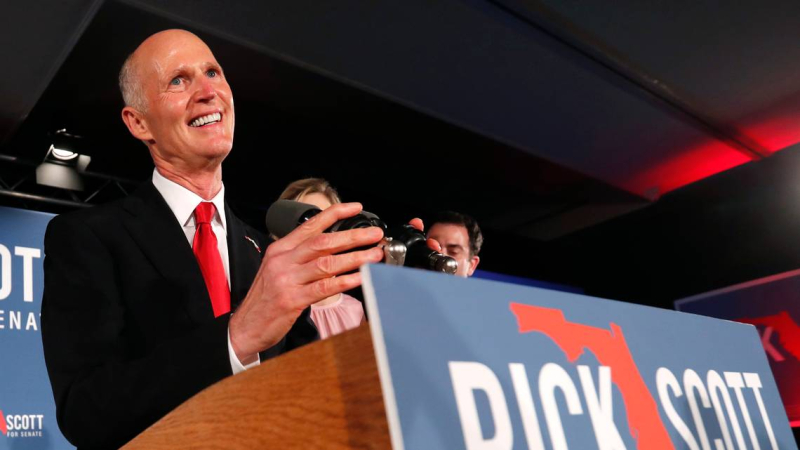 Florida Sen. Rick Scott is urging President Donald Trump to declare an emergency to pay for a border wall if Democrats won’t agree to it.

Less than one week after the longest shutdown in federal government history was temporarily halted, Scott said the president should bypass Congress and use Department of Defense dollars to pay for a border wall, after House Speaker Nancy Pelosi declared Thursday that there will be “no wall money” in a bill to fund the government beyond February 15.

“If the Democrats refuse to work with him, then the president needs to use his emergency powers to fund border security and include a permanent solution for DACA and TPS,” Scott said in a statement.

Scott’s position is new. He did not explicitly endorse a move that could divert Department of Defense funds from ongoing disaster relief projects to build a wall during the previous shutdown. An emergency declaration by Trump would almost certainly be challenged in the courts, though it would allow the president to sign spending bills to keep the government open without reneging on a campaign promise to build the wall.