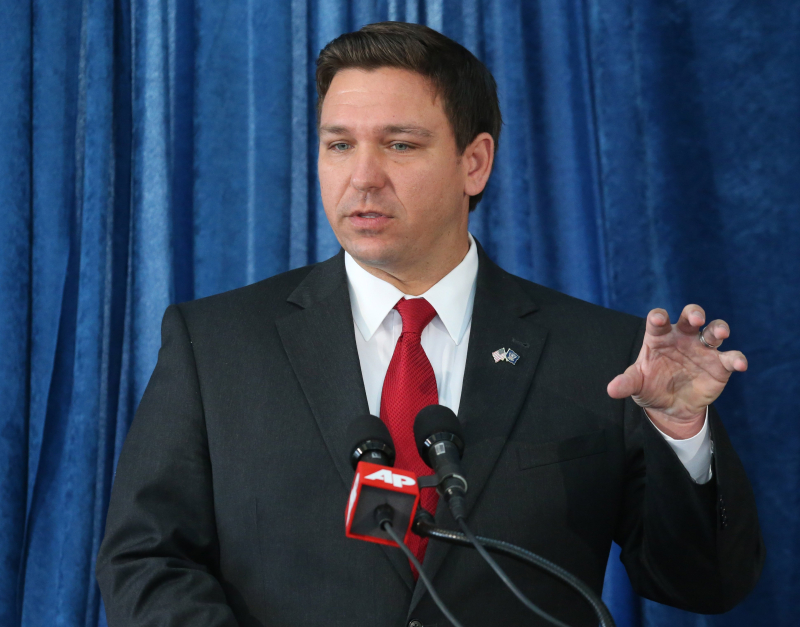 Historically, newly elected politicians are given 100 days to settle into office and get to work before their actions and policies are pored over and dissected.

But it took Florida’s new governor less than two weeks to set his agenda and offer a clear view of how he intends to govern.

During his first 10 days in office, Ron DeSantis led a shock-and-awe campaign across the state. He appointed two conservative state Supreme Court justices, visited a hurricane disaster zone (twice) and unveiled a sweeping environmental agenda in his first 48 hours alone.

On Friday, one day after announcing plans to overhaul the state’s medical marijuana regulations,he ordered the removal of Palm Beach County Elections chief Susan Bucher — the third politician he’s suspended since being sworn into office on Jan. 8. And then he explained a decision to rescind nearly four dozen of his predecessor’s nominations to state boards.

Though he’s barely had time to get settled, DeSantis is already carving out a reputation as a constitutionalist intent on fulfilling promises and crushing politicians who cross him. He has impressed even his critics and rallied the Republican party around him — all while departing notably from predecessor Rick Scott.

“If you look at the campaign promises that we made, the expectation from every Floridian, regardless of whether they voted for us or not, was we were going to lead and we were going to act,” Lieutenant Governor Jeanette Nuñez, who has so far played an unusually active role in what is traditionally a largely ceremonial post, said in an interview. “He’s serious about getting things done. It’s not just about campaign promises and rhetoric.”