Snubs and snipes: Can DeSantis, Rubio and Scott mesh in era of Republican dominance? 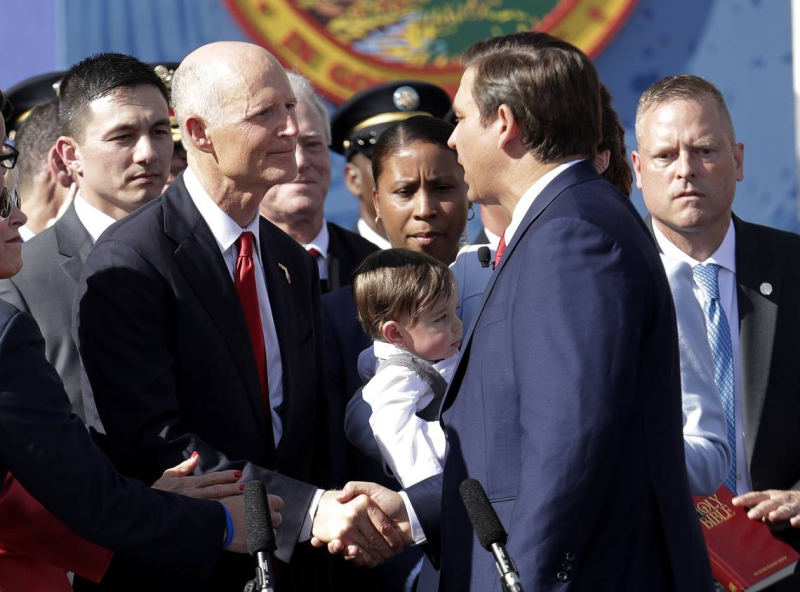 For the first time since the 1870s, the Republican Party controls the three most powerful positions in Florida’s political hierarchy — presenting what you might call a good problem for conservatives.

While new Gov. Ron DeSantis and new U.S. Sen. Rick Scott line up ideologically with Sen. Marco Rubio in a way that could push a swing state farther to the right, Florida’s big fish may be headed for confrontation. All three have high aspirations and big agendas, and even in the country’s third-largest state there’s only so much influence and media attention to go around.

Signs of friction emerged immediately as Scott and DeSantis were sworn into office last week, as did speculation that all three could be on a collision course for the 2024 presidential nomination. Scott, who ascended from the governor’s office to the U.S. Senate, where he replaced moderate Democrat Bill Nelson, has been at the center of the drama.

But Republicans also have reason to believe that the party’s new power trio will capitalize on conservatives’ tightening grasp on a state that acts as a presidential bellwether. And they hope that disputes over appointments and apparent snubs are just overblown growing pains.

“It’s like having three All Stars,” said Republican Party of Florida Vice Chairman Christian Ziegler, comparing the situation to the star-studded Miami Heat teams that won two NBA championships in the beginning of the decade. “It’s like the Miami Heat’s Big 3 with LeBron James.”

But even those powerhouse Miami Heat teams with James, Dwyane Wade and Chris Bosh stumbled in their first year, tripping over internal drama and struggling to gel on the basketball court before winning two titles in four years (coincidentally the amount of time left on DeSantis’ and Rubio’s terms).