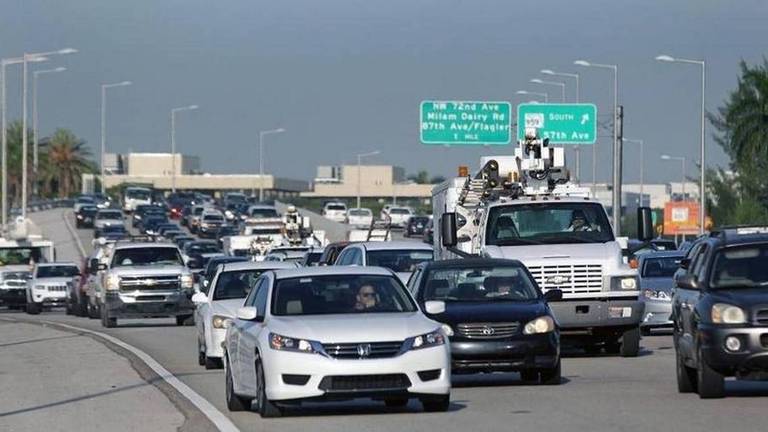 Some of the busiest — and priciest — highways in Miami could eventually become freeways in more than one sense if two Miami lawmakers are successful in pushing legislation to abolish the agency that oversees five county toll roads.

State Rep. Brian Avila on Tuesday filed a bill in the Florida House that would dissolve the Miami-Dade Expressway Authority, which levies tolls on the Gratigny Parkway and the Airport, Dolphin, Shula and Snapper Creek expressways. Under the legislation, the Florida Department of Transportation would absorb the authority, commonly known as MDX, and the tolls levied on the agency’s five highways would be phased out once all the related debt is paid.

An MDX spokeswoman said the authority’s bond holders are scheduled to be paid in full in 2045. Avila said the legislation is not intended to impede the authority’s planned Kendall Parkway, a controversial $1 billion extension of the Dolphin planned along the edge of the Everglades in order to alleviate traffic in heavily congested southwest Dade.

The proposal is part of a sweeping omnibus bill that would also change the makeup of Miami-Dade’s regional transportation planning organization and — as a direct result of the pedestrian bridge collapse at Florida International University last year — require that the state’s transportation department approve designs for projects on or over state roads. Additionally, starting in 2022, the bill would force counties to use transportation surtax money exclusively on fixed rail and busways, giving the county three years to phase out the money it uses from the 2002 half-penny referendum to subsidize operations.

“I’ve given them the opportunity to get their house in order,” said Avila, R-Hialeah.

Sure to spark push-back from Miami-Dade County and MDX, the legislation is a continuation of a long-running feud over tolls and the use of the county’s half-penny tax, which has been used to help pay operational costs despite being sold to voters with the promise of expanded Metrorail corridors and expanded bus service.