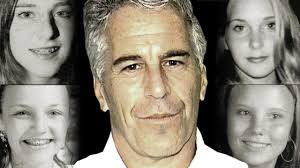 But Florida Rep. Matt Gaetz, one of President Donald Trump’s biggest defenders in Congress, is taking a different approach.

In an interview with the Miami Herald on Wednesday, Gaetz said reexamining Acosta’s handling of Epstein’s case, which came under increased scrutiny after the Herald’s three-part series Perversion of Justice, sets a “dangerous” precedent for prosecutors. A federal judge ruled last week that prosecutors run by Acosta, then the U.S. attorney for South Florida, broke the lawwhen they failed to inform Epstein’s underge victims of the plea agreement. The judge gave federal prosecutors 15 days to confer with Epstein’s victims and their attorneys to come up with a resolution.

“I don’t know what I don’t know and certainly if there is ever an indication of misconduct, that has to be thoroughly reviewed, but I think it’s a dangerous thing to go back and second-guess decisions that prosecutors have to make in real time,” Gaetz said. “I’m deeply troubled by Mr. Epstein’s actions, I think that he certainly should have faced a far stiffer consequence than he did, but having tried cases I know that it’s hard to go back and sort of second-guess the risk analysis that goes into putting witnesses before a jury and subjecting them to cross examination.”