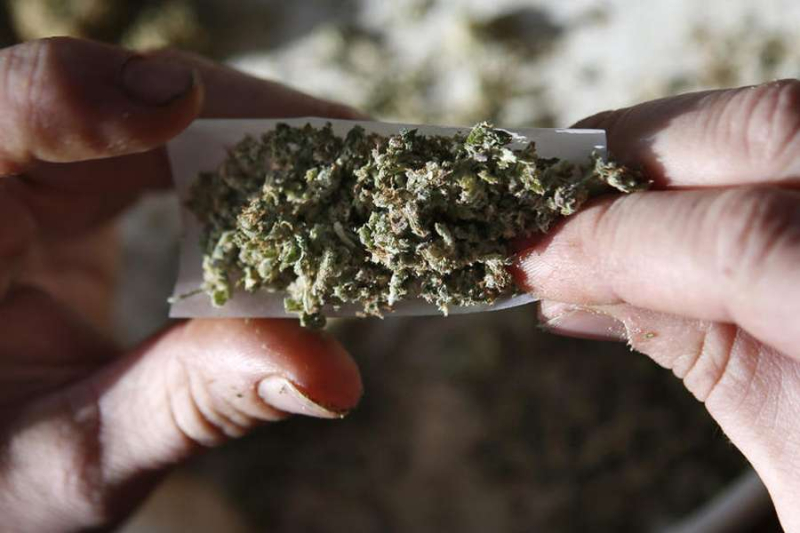 Miami Beach Rep. Michael Grieco made the first go at legalizing recreational marijuana in Florida Tuesday, filing two separate bills that would legalize personal pot use and create an excise tax on the drug.

HB 1117, co-sponsored by Orlando Democrat Rep. Carlos Guillermo Smith, would make recreational marijuana legal. The bill specifies that only those 21 or older could purchase the drug in no more than 2.5 ounces at a time and restricts smoking the drug to private places only. If someone were to smoke in public, according to the bill, they would face a $100 penalty.

In the 58-page bill, Grieco and Smith also addresses the highly criticized vertical integration model, which by law requires medical marijuana treatment facilities to grow, process, market and sell their own goods. The bill says if passed, retail stores could buy, sell or deliver marijuana from another marijuana cultivation facility.

The bill also mandates that 5 percent of the recreational marijuana revenues be given to the Department of Health to provide grants for peer-reviewed research on marijuana's beneficial uses and safety.

HB 1119, which Grieco filed separately, creates an excise tax to charge growers $50 an ounce for marijuana that is sold or transferred from a marijuana cultivation facility. It also caps the application fee for a marijuana establishment license at $5,000.

Considering the amount of pushback medical marijuana bills have already faced this session, these bills will likely face an uphill battle. House Speaker José Oliva has openly criticized smoking medicinal marijuana, and said efforts to legalize it was just “some cover” for getting access to recreational use.

He pointed out that the drug is still illegal under federal law, and is still a concern because of its “highly marketable” quality.

The recreational use of marijuana is currently legal in 10 states, with New Jersey soon to be the 11th. In 2018, Vermont became the first state to legalize marijuana for adult use through the legislative process.

Grieco said even though he and Smith expect pushback on the bill, the language is "consistent with the will of the majority of Floridians."

"We're going to see next year a majority of Floridians voting on this," Grieco said, referring to potential ballot initiatives. "Even if we get pushback, it continues the conversation. It’s a conversation that’s being had nationally. I expect some movement to be had federally, prior to the presidential election next year."

In 2016, Grieco received $20,000 from marijuana entrepreneurs Rustin and Evan Kluge for a mayoral campaign fundraising operation the then-Miami Beach commissioner denied involvement with. That committee, called People for Better Leaders, raised more than $200,000 from Miami Beach developers, lobbyists, city vendors and residents in the run-up to the 2017 mayoral election.

"Rep. Smith and I worked tirelessly to try to get the bill language perfect to ensure access, protect local decision making and create a revenue-generating structure for the state," Grieco said.

Smith, who serves on the House Health Quality Subcommittee and has been vocal about legalizing smokeable medical marijuana, said he co-sponsored the bill because criminalizing adult use "just doesn't make any sense."

"There’s no reason cannabis can’t be regulated in ways similar to alcohol," he said. "No one is dying from cannabis overdoses but they are getting arrested and being given criminal records for no good reason ... We expect that it’s always going to be a tough legislative route, but that’s not a reason to stop advocating for it."

Gary Stein, of Clarity PAC, said while the bills do important work like move the program under-regulated industries and separate it from the medical program, it still has issues Stein says could be roadblocks.

Stein points out that the excise tax imposed “far too high” and that the term “recreational” is a misnomer. He also thinks the Legislature needs to fix the medical marijuana program before it can move in this direction.

“This is a good legislative start and a way to open the discussion for the future,” he said. “But we still have to fix the medical program before we can move in this direction. Other states have hurt their med programs by rushing to adult use, and we need to be cautious that it doesn’t happen here.”