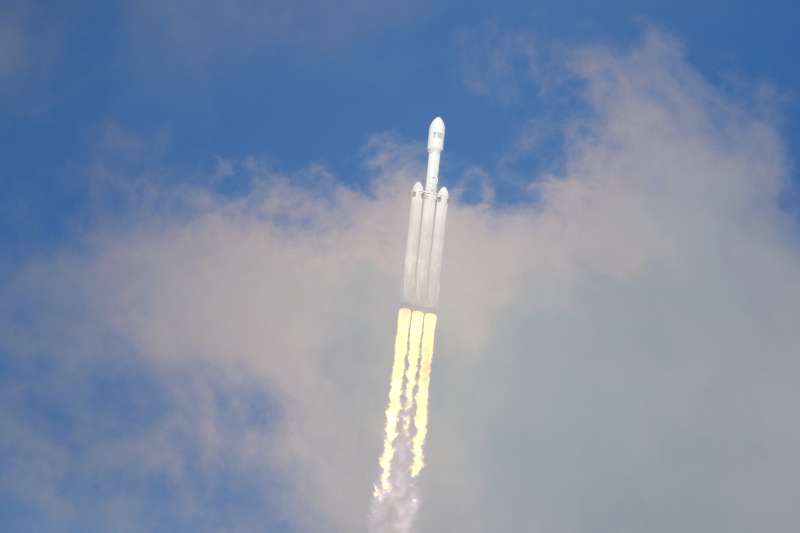 LUIS SANTANA | Times The SpaceX Falcon Heavy blasts off of launch pad 39-A at Kennedy Space Center in Florida on it's first ever flight. [Tuesday February 6, 2018]
A young rocket company called Firefly Aerospace will manufacture and launch rockets from Cape Canaveral, Gov. Ron DeSantis announced Friday from a launch site at the Cape’s Air Force Station where the company will begin operations.
Firefly, which is headquartered in Austin, Texas, will build small rockets designed to deliver satellites into orbit that would also have the capability to deliver cargo to the moon. That means
Firefly could be a major competitor for contracts with the National Aeronautics and Space Administration to help with future missions, speakers at the event said.
“NASA is once again preparing to explore the moon in a sustainable way in preparation for the deep space exploration of Mars,” said Janet Petro, the deputy director of the Kennedy Space Center. “Firefly and others will compete for NASA contracts to deliver lunar payloads.”
Firefly’s arrival to Florida will mean the creation of 200 jobs and an investment of $52 million over the next few years, according to DeSantis.
“Here in Florida we are proud of our place in history as the gateway to space,” he said. “I’m excited. I think this is good for our economy, it’s also just good for exploration. I think with our space missions, we’ve got our good mojo back.”
DeSantis said that Firefly’s addition to Cape Canaveral could also create opportunities for local high school and college students to have apprenticeships with the company.
Firefly has yet to launch its first rocket into space, which the company’s co-founder said would happen from Vandenberg Air Force Base near Santa Barbara, California before it begins launching from Florida. Once those launches begin, though, Firefly intends to keep them up at a rapid pace.
CEO Tom Markusic said they would like to launch up to 24 rockets per year once they become fully operational.
“We’re going to continue to light up the sky here in Florida," he said.