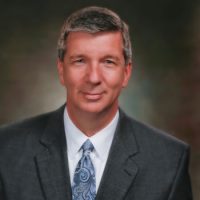 Agriculture Commissioner Nikki Fried announced Wednesday that Stephen Hurm, a former police officer and attorney, will serve as the next Director of the Division of Licensing.

Hurm, a police officer-turned-lawyer who is married to former U.S. Representative Gwen Graham, will oversee the concealed weapons permitting and licensing program.

“One of my top priorities is to adequately screen applicants for concealed weapons permits and correct the previous administration’s serious failures in oversight,” Fried said in a statement Wednesday. “Stephen’s experience implementing successful risk management strategies makes him the careful, competent, and qualified leader the Division needs as we move forward to remedy the past failures.”

Grea Bevis, the former Director of the Division of Licensing, resigned effective January 11. A 2013 lawsuit from a former supervisor in former Commissioner Adam Putnam's department alleged Bevis and another supervisor told her she "worked for the NRA" and pointed to "gross misconduct."

The lawsuit came about after a Tampa Bay Times report found that Putnam's office revoked 291 concealed weapons permits from people who should have been disqualified after an employee failed to review the results of a national background check for more than a year.

"When someone applies for a concealed weapons permit in our state, we will ensure they receive the full and complete background check required by law — anything less is a disservice to public safety and a failure to uphold our responsibility to the people of Florida," he said in a statement Wednesday. "I’m appreciative of the opportunity to serve the state I love and to do my part to keep our communities safe."