« Get the governor an airplane, Florida Senate budget chair says | Main | He negotiates lower rates with Florida's utilities. Will lawmakers reappoint him? »

Patronis to Trump: Ease up on medical marijuana banking 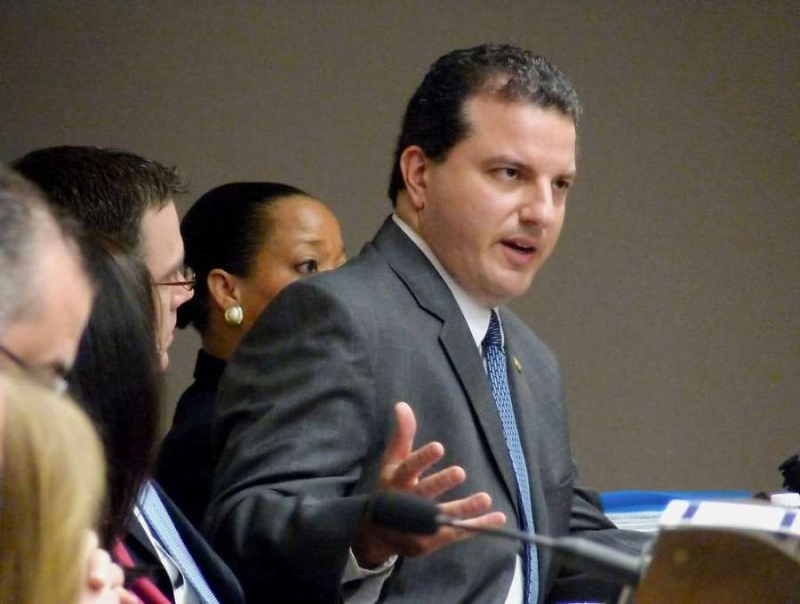 William Barr, who served as U.S. Attorney General under President George H. W. Bush, spoke Thursday about the fact that several states have made laws allowing the use of medical marijuana.

Barr said the "right way to resolve" the matter is legalizing medical marijuana through the federal legislative process. As for state law, he promised not to go after medical marijuana businesses in states where it's legal.

“To the extent that people are complying with the state laws, distribution and production and so forth, we’re not going to go after that,” he said.

The Senate panel voted down party lines to move Barr forward, setting up a confirmation vote next week.

In a letter to the President Thursday, Patronis asked him to advise the banks on how they can service the medical marijuana industry without risk of penalty from the federal government before marijuana legislation is potentially passed nationwide.

"The size and staggering growth of the medical marijuana industry, paired with limited regulated banking options, puts patients and employees in dangerous situations as potential targets for criminal activity," Patronis wrote, describing Florida's $300 million and growing medical marijuana industry. "We are now facing a tremendous safety threat as most dispensaries operating in our state are doing so as cash-only businesses."

Federal data released in June shows that by the end of last March, just 411 banks and credit unions across the country were “actively” banking with marijuana businesses.

Banks have been hesitant to service the medical cannabis industry because it's still illegal on the federal level, and former U.S. Attorney General Jeff Sessions once indicated that he was going to be stricter than the previous administration on medical pot.

Patronis said since most Florida banks and credit unions won't bank with medical marijuana businesses, it leads to legitimate medical marijuana treatment centers transporting millions of dollars "in duffle bags of cash and even driving the cash endlessly around in trucks," he wrote.

"I know first-hand the risks that come with handling large amounts of cash, which are even greater when a business operates entirely on a cash basis," Patronis wrote. "These businesses are easy targets for criminals and criminal activity [...] We must reassure financial institutions that there will not be retribution for servicing businesses that act within the state’s legal framework."

Florida's marijuana banking problems became national news during the midterm elections when then-candidate for Agriculture Commissioner Nikki Fried had her campaign accounts closed twice — with both BB&T and Wells Fargo citing contributions from the industry.

“I appreciate Chief Patronis highlighting this crucial issue — an issue I dealt with firsthand while campaigning for this office," she sid Thursday night. "Our growing medical marijuana and cannabis industry faces an uphill battle when they must fight to gain access to basic financial services, which limits their stability, competition, and safety. Secure financial services will allow our businesses to compete and thrive, and add to our state’s economy while expanding access for sick and suffering patients.”