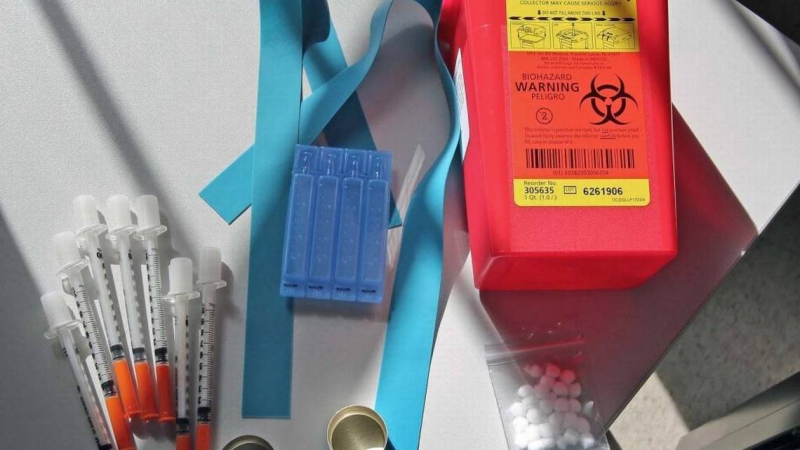 A state Senate committee voted Tuesday to advance a proposal that would allow needle exchange programs statewide — with a key amendment that allows county commissions to decide if a program can open in their area.

SB 366 would expand an existing pilot needle exchange program in Miami-Dade, which allows injection drug users to trade dirty needles for clean ones at no charge and connects them to additional health resources like wound care and drug treatment. Expanding the program was has been proposed since the pilot was created in 2016, though those efforts have stalled in prior years.

State law currently does not allow legal needle exchanges elsewhere in the state. But this year, the proposed legislation has more backing in the Legislature, including a Republican co-sponsor in the House and the praise of House Speaker Jose Oliva, R-Miami Lakes.

“This has become a roving triage and health center for these people who do not have access,” he added, citing the program’s testing for HIV and hepatitis. “We’ve had hundreds of people into rehab and thousands of people saved with the Narcan given out.”

The amendment, which Braynon worked on with committee chair Sen. Gayle Harrell, R-Stuart, would change the requirements for a new needle exchange program so that a county commission’s approval is required for it to open. The previous version of the bill required simply that a potential exchange program notify the state Department of Health before commencing operations.

The bill also allows for counties to help subsidize programs. The current version in Miami-Dade, which is run by the University of Miami, receives no state or county funding.

Several lawmakers praised the work of the Miami-Dade program Tuesday before it was unanimously approved, including Sen. Dennis Baxley, R-Ocala.

He acknowledged that there had been concerns when the program started that it “may actually be creating more addiction by supporting the negative habits.” But he acknowledged several benefits resulting from the exchange program, including the reversal of overdoses and the reduction of discarded dirty needles.

“Everything that has happened over this three-year journey has demonstrated a very successful program,” he said. “It was certainly worth any risk that was perceived.”