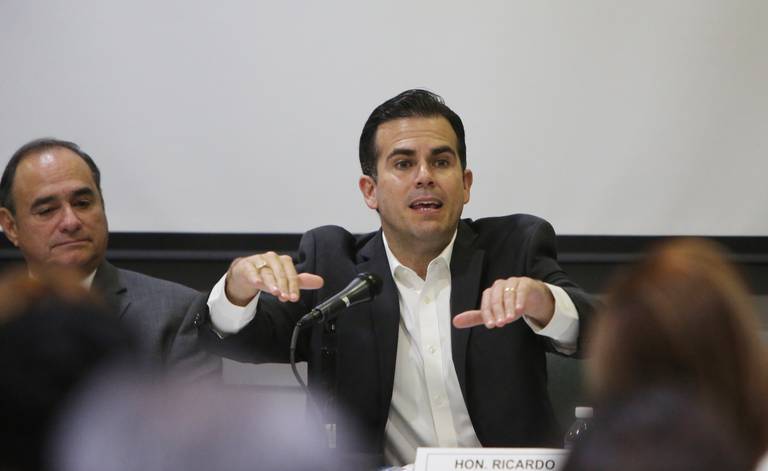 Puerto Rico’s governor was no friend of Rick Scott’s during the 2018 campaign, even as Scott visited the territory eight times and pitched himself as Puerto Rico’s de facto senator in ads around the state as he sought votes from Puerto Ricans in Florida.

But Gov. Ricardo Rosselló said he’s impressed with Scott’s work on Puerto Rico during his first two months as a senator in Washington, even though Rosselló endorsed Democrat Bill Nelson after fighting with the White House over Hurricane Maria recovery efforts.

“Rick Scott has been a great friend of Puerto Rico,” Rosselló said in an interview in Washington on Friday. “There’s no doubt about it, he was a great friend prior when he was a governor and right now he’s used time on the floor, he’s submitted meaningful amendments and he has given a fight for some of these issues.”

Rosselló was referring to Scott’s first speech on the Senate floor, when he spoke in English and Spanish about his amendment to provide $600 million in nutritional assistance for Puerto Rico over the Office of Management and Budget’s objections.

“I rise today as a voice for the people of Puerto Rico. I intend to be their voice in the United States Senate,” Scott said in his maiden floor speech. “They are American as the people of Florida I was elected to represent. Their recovery is America’s recovery.”

Rosselló said he is in constant contact with Scott and his staff, and that his knowledge and dedication to Puerto Rico has continued after the 2018 election. Scott also has a close relationship with Jenniffer Gonzalez, Puerto Rico’s non-voting representative in Congress who is a pro-statehood Republican who endorsed Scott over Nelson last year.