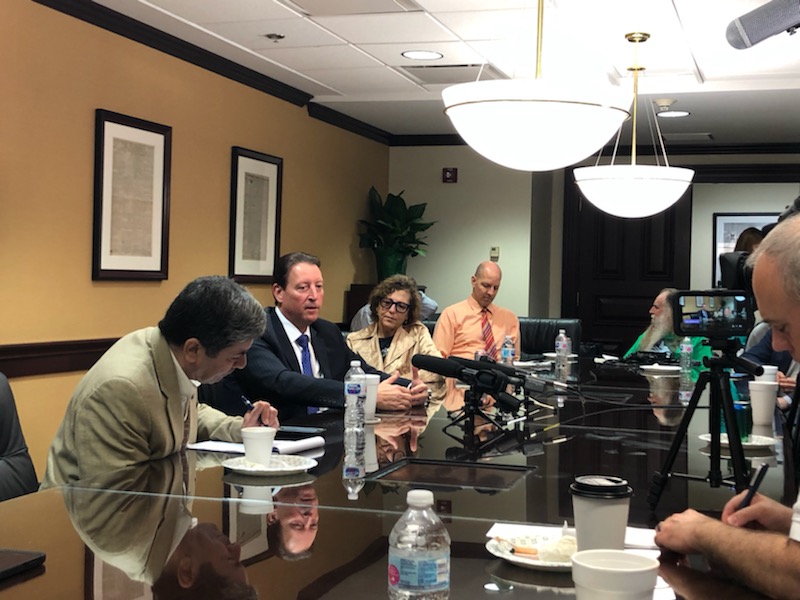 A proposal from Gov. Ron DeSantis to reduce prescription drug prices by importing medications from Canada is drawing concerns from the leader of the Florida Senate, who said Friday he worries parts of a plan sketched out by the House might run afoul of Congress’ jurisdiction.

Senate President Bill Galvano, R-Bradenton, told reporters Friday that the governor’s plan to allow the state to import drugs from America’s northern neighbor was something he was “interested in exploring,” particularly to save the state money for Medicaid patients or institutions like state prisons’ health care.

But he threw cold water on another potential plan, included in a House bill mirroring DeSantis’ announcement, that would allow individuals or private entities to receive imported drugs from abroad.

“We would not have enforcement from the federal government, similar to the situation we find ourselves in with marijuana,” said Galvano, nodding to the fact that medical marijuana is authorized by the state but still prohibited federally.

He also questioned the regulatory authority of such a program: “Once you’re moving across from state to state, or from other countries to our state, that is interstate commerce, and that’s the province of the U.S. Congress.”

DeSantis announced in The Villages Wednesday that he would ask the Legislature to craft a program that would allow importing drugs from Canada into the state — and that he had spoken twice in recent days with President Donald Trump about securing federal approval with the president’s “enthusiastic” support.

A provision in a 2003 federal law would permit the federal Department of Health and Human Services to green-light any state program to import drugs from abroad, though it has never approved such a state program since the law went into effect.

A bill filed by Rep. Tom Leek, R-Ormond Beach, later that day appeared to outline some of the working details of DeSantis’ plan, directing the state Agency for Health Care Administration to find a vendor that would create a list of drugs that might yield savings and find Canadian sources to export drugs to the state. It would require a list be determined by December and a proposal to federal officials be submitted by July 2020.

But House officials are also hoping to create an avenue to allow drug importation from other countries that could benefit private citizens: The bill filed by Leek also allows for an “international” program where wholesale drug distributors and pharmacies abroad could export medication to similar drug distributors, pharmacies and pharmacists registered with the state Department of Business and Professional Regulation. (Pharmacists can currently only order drugs under a pharmacy permit.)

Galvano said he was “not as comfortable” with the second path but that he remains open to considering the first proposal included in Leek’s bill, which does not yet have a Senate companion. “If we can reduce prices after the people who are the vendors have been properly vetted, that’s a good thing.”