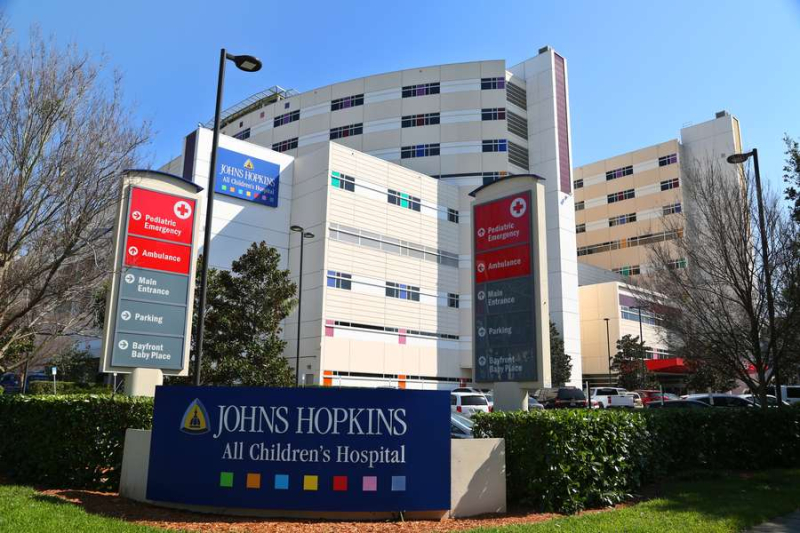 @elizabethrkoh @kmcgrory
A proposal to increase oversight of children’s heart surgery programs in Florida cleared its first legislative hurdle in a state Senate committee today.
The Senate Health Policy Committee voted unanimously to advance SB 1126, which would let teams of physician experts make unannounced visits to children’s heart surgery departments and inspect the facilities and outcomes. Those teams would then report back to the state’s Pediatric Cardiology Technical Advisory Panel, which would recommend corrective action.
“When you are dealing with any kind of cardiac surgery in children, it is probably the most difficult procedure you can do,” said Senate Health Policy Committee Chairwoman Gayle Harrell, R-Stuart, who sponsored the bill. “We want to make sure those children are protected.”
Harrell said she filed the bill in response to incidents at St. Mary’s Medical Center in West Palm Beach and Johns Hopkins All Children’s Hospital in St. Petersburg. A November Tampa Bay Times investigation revealed widespread safety problems in the All Children’s heart surgery program. The St. Mary’s program was shut down in 2015 after reports of issues in the unit.
At All Children’s, six top administrators and surgeons left the hospital following the Times’ reporting. The program is not currently performing heart surgeries.
In addition, federal regulators found systemic problems that went beyond the hospital’s Heart Institute. Some problems were so serious that the government threatened to withhold the hospital’s public funding if the issues were not immediately fixed.
“We’ve seen some untoward events in hospitals treating children having open heart surgery,” Harrell said.
Harrell’s bill seeks to further empower the Pediatric Cardiology Technical Advisory Panel, a committee of cardiologists and cardiac surgeons from hospitals across Florida that has been meeting since 2017.
After the problems at St. Mary’s, lawmakers tasked the group with creating standards for heart surgery programs. But last year, when a group of pediatricians recommended that the panel look into the increase in mortality at All Children’s, state health care regulators said that wasn’t allowed under Florida law.
Senators praised Harrell’s bill and said it would improve accountability, particularly in light of the All Children’s issues.
Sen. Ed Hooper, R-Clearwater, said several senators “had lots of conversations with the hospital in St. Pete.”
Leaders at the hospital, he said, had already “started on a path of correcting all of the problems that had caused this controversy.” But the bill would help even more children with complex heart conditions, he added.
Sen. Darryl Rouson, D-St. Petersburg, said lawmakers had “empathy for the families that were tragically impacted by what occured at All Children’s Hospital” and the employees who “tried to sound that whistle that things were going awry and were not listened to by old staff.”
He called the bill “a great step forward from where we have been.”
Harrell said she plans to add a provision that would set aside $150,000 in state funding for the panel to get annual reports on programs’ surgical outcomes and publish them.
For the bill to become law, it must win the support of two additional Senate committees and receive a final stamp of approval on the Senate floor. An identical proposal, HB 1207, must go through the same process in the Florida House of Representatives.
The legislative session runs through May 3.
Image: Johns Hopkins All Children's Hospital in St. Petersburg, via Scott Keeler of the Tampa Bay Times