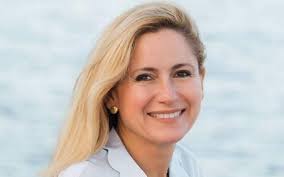 Now, they're beginning their effort to keep her there.

The Democratic Congressional Campaign Committee announced Thursday that Mucarsel-Powell's district is one of a few dozen across the country where it's spending early money on grassroots organizers. Mucarsel-Powell is one of 44 House Democrats who are part of the organization's "Frontline" program to protect incumbents who may face competitive reelection bids.

The DCCC said the investment is a "multi-million dollar effort to defend and expand the new Democratic Majority." It declined to disclose the exact amount of money being spent in Florida, though they are also spending money in a Tampa-area seat held by Republican Rep. Ross Spano.

"As Democrats, we’ve always drawn our strength from the people we fight for each and every day – that’s why I’m so proud to announce that, in our first major investment of the 2020 cycle, we are launching March Forward to put boots on the ground in dozens of communities across America,” said DCCC Chairwoman Rep. Cheri Bustos. "Our March Forward Field Managers will play a vital role in our work to not just defend, but expand our new Democratic majority. By organizing early and aggressively, we will March Forward to build a better future for all Americans by winning on the doors, online and on the ballot in 2020."

The DCCC plans to hire almost 60 organizers around the country who will work on communications, digital, research and field tactics before the 2020 campaign gears up.

Mucarsel-Powell was also named on the National Republican Congressional Committee's target list for 2020 along with Miami Rep. Donna Shalala. Both flipped Republican-held seats in 2018, though Mucarsel-Powell's seat is generally regarded as the more competitive of the two.