« The Florida House is hearing the first Amendment 4 bill tomorrow. Here's what's in it. | Main | The oldest freshman in Congress gets back to basics in Miami » 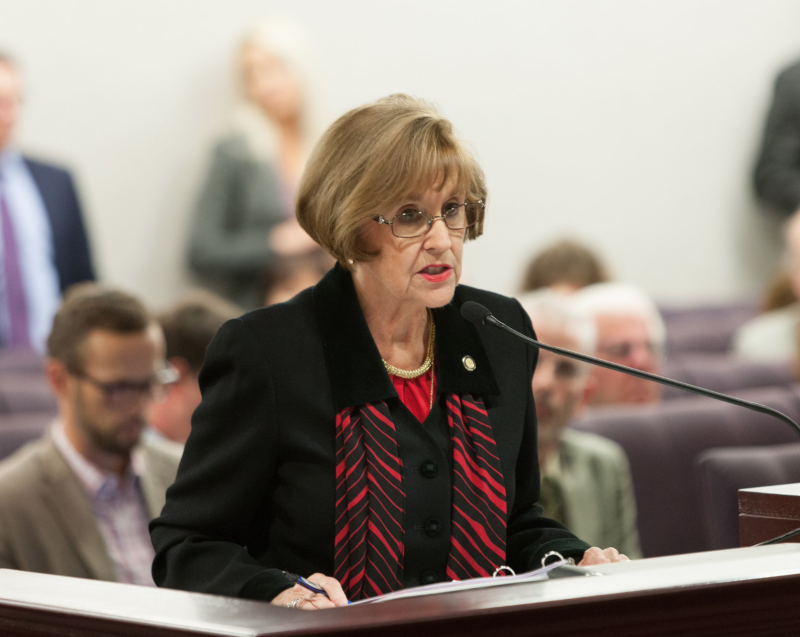 House Speaker José Oliva’s top-priority push to eliminate the state’s certificate of need program for hospitals and other healthcare facilities hit a roadblock in the Senate Monday, as the lawmaker sponsoring its pared-back companion said she was putting off the vote because of insufficient support.
Sen. Gayle Harrell, R-Stuart, temporarily postponed a vote on SB 1712 at the end of the Senate Health Policy committee’s meeting, saying she believed she might not have the votes among her fellow Republicans to advance the bill past its first committee stop. She said she planned to have “some further conversations as to further safeguards we might put in” and that she would wait to reintroduce the bill while she worked to sway some of her colleagues.
"I did not want to see the bill go down at this point,” said Harrell, who also chairs the 10-member committee. She acknowledged that some of her five Republican colleagues did not support repealing the state’s long-standing system that governs whether more healthcare facilities can be built or beds added. "This keeps it alive to allow perhaps for further thought.”
The move to postpone the vote keeps the bill alive, but also illustrates the substantial obstacles that repeal of the program was expected to face in the Senate. The chamber has historically opposed repealing the certificate of need system, despite the House’s push to do so in recent years — Senate President Bill Galvano, R-Bradenton, has also said he does not approve of fully eliminating the program.
Hospitals, nursing homes and hospices are currently required to obtain certificates of need from the state Agency for Health Care Administration before they can build new facilities or add beds or certain services. The House version of the bill, HB 21, sponsored by Rep. Heather Fitzenhagen, R-Fort Myers, would eliminate the state’s approval system for all three categories and cleared its last committee stop in that chamber last week.
Harrell’s Senate companion bill sketched out a more moderate version of repeal, limiting the elimination of certificates of need to hospitals only. The bill also included several provisions — like requiring certain levels of charity care — that Harrell said were intended to prevent cherrypicking patients, some lawmakers’ primary concern.
Harrell declined to specify how many Republican senators were opposing the bill on the committee but said she had also heard some hesitation from lawmakers about how the bill might impact safety net hospitals. "They just don't want CON repealed at all,” she said of those colleagues.
Sen. Aaron Bean, R-Fernandina Beach, said he was one of the senators opposed to removing the certificate of need process, which he cast as a way for the state to allocate “very precious state resources."
"When a hospital is built, the vast majority of the bills are paid by the taxpayers,” he told reporters after the meeting. “This is a way we ensure taxpayers get the most bang for their buck."
He added he was not alone on the committee, and that another Republican also had some concerns with the bill.
Harrell said she was unsure when she might bring the bill back to be heard again by the committee. The Senate committee did advance another bill introduced by Harrell, SPB 7078, which rolls together proposals in several House bills that standardize access to patient records and expands direct primary care agreements to other types of providers, among other changes. The bill also enters the state into the Interstate Medical Licensure Compact, which would expedite qualifying doctors’ applications for licenses to practice medicine in other states.
Image: Florida Senate