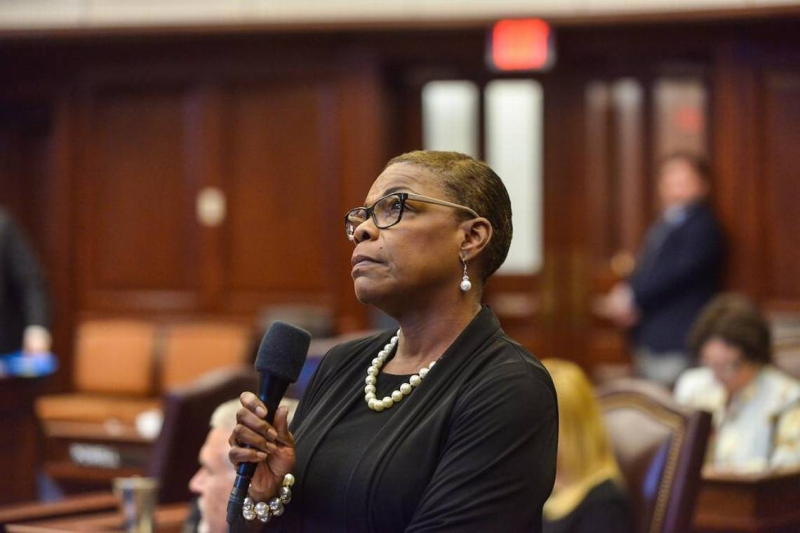 The decision was announced after an emergency meeting during Wednesday’s floor session, according to a press release from the Florida Senate Democratic Office.

The legislation, which has moved through committees with split votes along party lines, creates rules relating to federal immigration enforcement by prohibiting “sanctuary” policies and requiring state and local law enforcement to comply with U.S. Immigration and Customs Enforcement. The bill also would give whistleblower status to officers who report undocumented immigrants detained in local jails on unrelated charges.

Under this bill, local law enforcement would be required to honor federal law enforcement’s request for an “immigration detainer,” meaning a request that another law enforcement agency detain a person based on probable cause to believe that the person is a “removable alien” under federal immigration law. The bill would essentially make the “request” a requirement.

“We opposed this bill at its first hearing. And we will continue to oppose this bill as it moves through the process,” said Senate Democratic Leader Audrey Gibson, D-Jacksonville. “The vote of the Caucus signals our unwavering commitment to the protection of immigrants in this state, and a repudiation of the scapegoating of immigrants in this country.”

“We’d rather each Senator vote, but I’m heartened by the fact that it was unanimous,” she said. “Taking a caucus position is not something we do often, and we do not take it lightly. We’re united on this issue.”

Activists and leaders across the state have spoken out against the bill both at the Capitol and in their communities.

Speaking on Spanish-language radio station Actualidad Radio 1040 AM, Miami Police Chief Jorge Colina told interviewers he would rather be thrown out of the police department than forced to comply with the proposed law. He said he didn’t think he could sleep at night if he had to spend time addressing a victim’s immigration status.

“The truth is I’d prefer not to have this job if I have to ask fellow officers to go check where someone came from before helping them,” he said.

Kara Gross, the ACLU’s Florida legislative counsel, said last week that the bill will disproportionately affect people who are not dangerous because those who are detained in jail — not prison — have not yet been convicted of a crime. The bill also applies to people who are being released from jail, meaning they are likely not considered dangerous enough to be held without bail.

“There are lots of reasons people, and often disproportionately people of color and immigrants or perceived immigrants, end up in jail for non-violent minor offenses,” Gross said. “Driving without a license, driving with a suspended license, underage drinking, graffiti, possession of small amounts of marijuana … they haven’t been convicted of anything at all, let alone a violent offense.”

The bill has been referred to the Rules committee for its last stop before the floor, but has not yet been put on the committee's agenda.