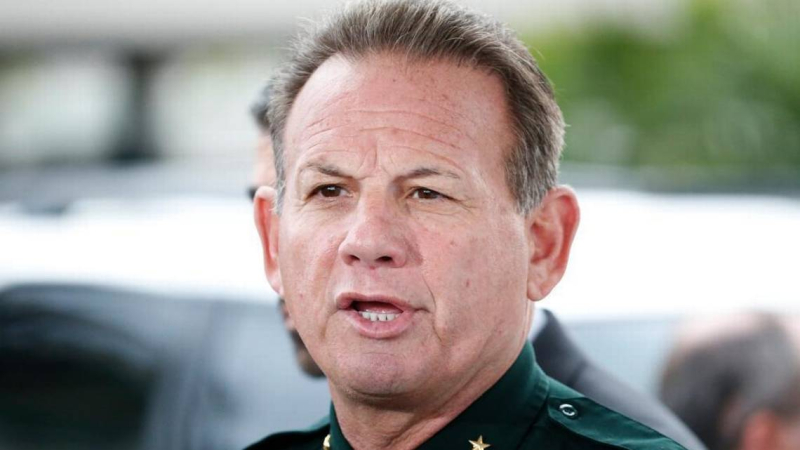 Citing a lawsuit from former Broward Sheriff Scott Israel challenging his suspension, the president of the Florida Senate said Tuesday he is putting Israel's scheduled hearing before the chamber on hold until the lawsuit is resolved.
Senate President Bill Galvano, R-Bradenton, wrote in a memo to fellow senators Tuesday afternoon that he was halting the proceedings regarding the embattled former official until further notice, on the recommendation of the special master assigned to Israel's case.
"Special Master [Dudley] Goodlette recommended the matter be held in abeyance until a final determination in the pending litigation has been rendered, including the exhaustion of all appellate remedies," Galvano wrote to senators, noting he was accepting Goodlette's reasoning. "My decision is not in any way a reflection of the merits of the proceeding, but is necessary to ensure due process."
Israel, who was suspended from office in January by Gov. Ron DeSantis in part over the department’s response to the Parkland shooting, had requested the Senate review that suspension under the chamber’s authority granted by the state constitution. The Senate had scheduled a pre-hearing for March 20 and a full hearing before the chamber in early April.
But Israel also filed a lawsuit in Broward County Circuit Court last week petitioning to be reinstated immediately to his position and challenging DeSantis’ Jan. 11 suspension order. That order cited failures in the response to the mass shooting at Marjory Stoneman Douglas High School as well to a shooting at the Ft. Lauderdale airport in 2017, which Israel’s lawyers have argued do not fall under DeSantis’ purview since they occurred before his election.
Israel has also contended that DeSantis’ suspension was politically motivated. He has declared he intends to run again for his old position during the next election cycle, if the state Senate does not reverse the governor’s suspension.
Galvano, in noting Israel’s new lawsuit, told senators the case “would likely come back to the Senate depending on the action taken by the courts. As such, I encourage you to continue to refrain from commenting on these matters.”
Image: AP