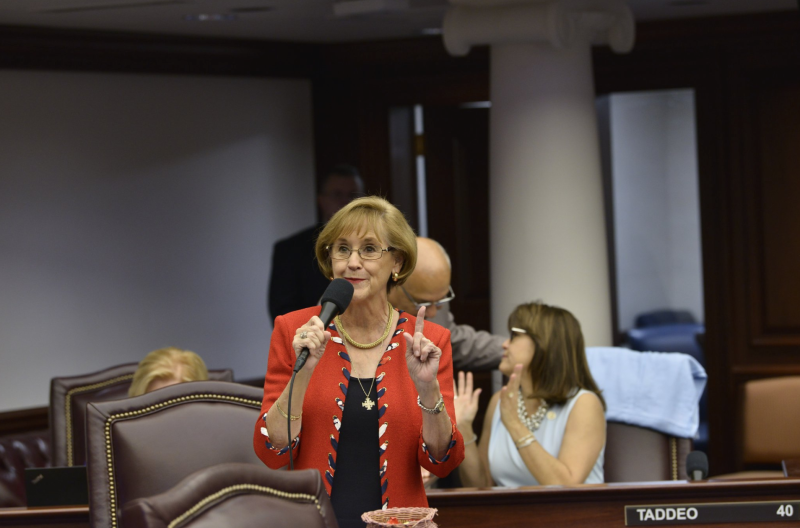 A bill prioritized by the Florida House that would eliminate regulations on where hospitals can build or add beds is moving again in the Senate, as legislative leaders begin putting pressure on passing their top bills and negotiate toward agreement on the state budget.

The Senate Health Policy committee voted 9-1 Monday to advance SB 1712, with only Sen. Janet Cruz, D-Tampa, dissenting — it would remove a requirement that general hospitals apply and obtain approval from the state to build or expand. Healthcare facilities including hospitals, nursing homes and hospices are currently required to obtain certificates of need from the state Agency for Health Care Administration before they can build new facilities or add beds or certain services.

Florida is one of nearly 40 states in the country that has a certificate-of-need, or CON, process. Supporters of repealing the approval process have said the certificate of need system unfairly chokes potential competition and allows existing facilities to keep raising costs. But opponents have contended higher volumes of cases keep providers well-trained to deliver complex treatment and are needed to let facilities offset their Medicaid and charity care costs with paying patients.

But for weeks the Senate bill, a substantially more limited version of the House's proposal, had been stalled. Sponsor Sen. Gayle Harrell, R-Stuart, had temporarily postponed a vote in mid-March, saying she thought she might not have the votes among her fellow Republicans to advance the bill past its first committee.

After two weeks of negotiations among senators, Monday’s bill cleared with some amendments and the support of major public and teaching hospitals like Jackson Health and UF Health, which includes Shands. Some Democrats on the panel also voted in favor of the proposal, saying they were cautiously supportive of the bill’s limited approach to the repeal.

The new proposal limits certificate-of-need repeal to only general hospitals, unlike its sweeping House companion, and omits specialty and tertiary hospitals. It also sets several requirements for hospitals seeking to build new facilities: requiring them to accept Medicaid and Medicare, provide charity care equivalent to the average of their region and have at least 100 beds along with emergency room facilities.

The changes, including the 100-bed requirement, address concerns “there would be facilities that would threaten the integrity of our hospitals,” said Sen. Aaron Bean, R-Fernandina Beach, who was among the dissenting Republicans in the bill’s first committee stop but voted for the legislation Monday. “This is not your parent’s CON repeal bill… we put guardrails on as we go forward.”

Several conservative groups, including the James Madison Institute and Americans for Prosperity, have lobbied in support of the bill, and the latter has spent hundreds of thousands of dollars on mail and digital ads focused on senators’ home districts calling for their support. But some unions, including members of the Federation for Public Employees and an AFL-CIO representative, raised concerns about “cherrypicking” patients and how the bill might affect existing facilities.

Harrell told lawmakers the bill was intended to be a compromise that would ensure protections against some of those patient selection concerns remained through hospital licensure. “This is a balance,” she said “It’s about making sure we end these kinds of litigation, those patient care dollars going into courtroom fights instead of taking care of people.”

Cruz, who voted against the bill, said she felt the Senate version was better, “but I worry about what the House is doing,” she said. “We need to work out the differences, and I’m not confident this version will remain as we’re voting for it now.”

But Sen. Debbie Mayfield, R-Vero Beach, said she was not worried about the House’s broader bill. “This is the work of the Senate,” she told her colleagues. “If we don’t like the way this bill looks when it comes to the floor, we can vote against it at that point.”

The bill, which has two more stops before it reaches the Senate floor, heads next to the Senate’s Appropriations Subcommittee on Health and Human Services. The chamber as a whole has historically opposed repealing the certificate of need system, though the House has endorsed the idea multiple times in recent years. Senate President Bill Galvano, R-Bradenton, has also said he does not approve of fully eliminating the program.